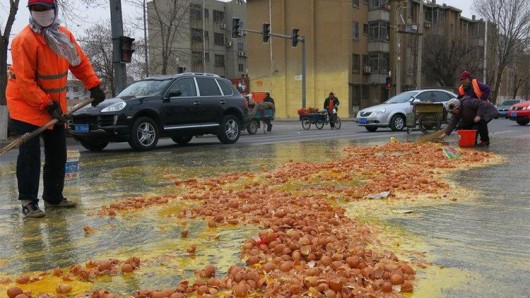 Sorry about the late links. Was… busy tonight.

Ai Weiwei art smashed. “Chinese artist Ai Weiwei has drawn criticism from some in the art world over the years for covering ancient vases with brightly colored industrial paint. // But after a museum visitor in Miami smashed one $1 million specimen in an apparent artistic statement of his own, Mr. Ai said he wasn’t impressed. // ‘I don’t encourage anyone to protest by destroying other people’s property,’ he said in an interview. // The Associated Press reported that Maximo Caminero, 51, was charged with criminal mischief following the smashing on Sunday at the Perez Art Museum Miami. The AP cited a police affidavit that said Mr. Caminero told officers he broke the vase to protest the museum’s lack of local artist displays and because ‘the museum only displayed international artists’ art.’” (WSJ)

CBA Coach throws object into stands. “It’s the first game of a best-of-five quarterfinal series between Liaoning Leopards and Xinjiang Tigers. Under five seconds remaining in the game, it’s a tie game, 91-91, the underdog Leopards have the ball, 5 seconds, 4 seconds, 3 seconds, the Liaoning home crowd is on their feet, 2 seconds, 1.4 seconds, FOUL!” (Basketball Buddha)

Growth problems. “In recent years, Mr. Spence has become something of an expert on the Chinese economy after being invited by Beijing, along with Edwin Lim, a former chief World Bank representative in China, to put together an unaffiliated advisory group, supported by the Cairncross Economic Research Foundation. The group has met intensively with the Chinese government’s key planning and economic officials and conducted what those officials have called an unprecedented study of China’s development challenge. // While Mr. Spence has come away impressed with how ‘curious and open’ Chinese officials are, he also doesn’t mince words about how serious China’s problems are.” (NY Times)

Not the smartest. “A man from the Xinjiang Uyghur Autonomous Region has been sentenced to 15 years in prison for attempting to carry more than 200 grams of methamphetamine on a train, a railway court said Tuesday.” (Global Times)

Bad travelers. “Two groups of Chinese tourists who were arrested on Sunday after fighting on a plane at an airport in Phuket, Thailand, have been released after the two sides reconciled.” (Global Times)

“Whisky business: Why scotch is back on the rise in China.” (That’s Online)

“Community Matters: Book Talk With Scott Kronick ‘The Lighter Side Of China.’” (the Beijinger) 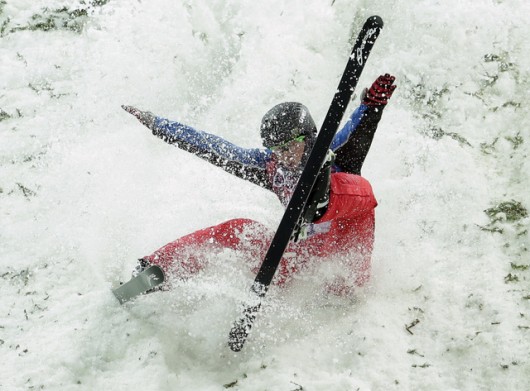 China’s Qi Guangpu crashes during the final jump of the men’s freestyle skiing aerials, via Deadspin