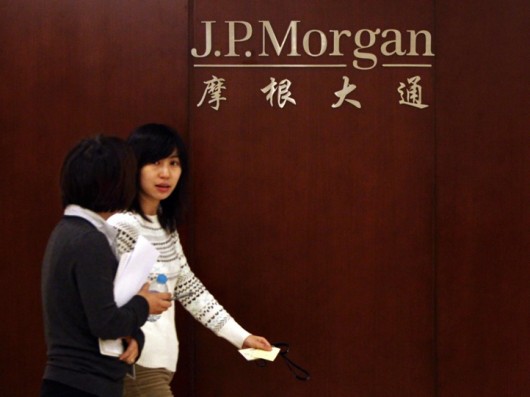 J.P Morgan Chase, one of the world’s largest banks, can’t stay out of the news. In the past year it suffered a multibillion-dollar trading error thanks to the “London Whale,” reached a $13 billion settlement with the US government over its role selling mortgage-backed securities before the 2008 financial crisis, and settled a $2.6 billion claim for ignoring signs of fraud from Bernie Madoff. If that were not enough, the firm is now under investigation by the Securities and Exchange Commission for the “Sons and Daughters Program” — the bank hires the relatives of Chinese government officials in the hopes of winning lucrative business deals.

Two lines of thought dominate analysis of the Sons and Daughters Program. One sees it as innocuous; the other believes it is a crime. Aaron Ross Sorkin of The New York Times thinks the revelations are part of the normal course of business, especially in finance. After all, Sorkin reasons, “children of the elite have some of the best educations and thriving networks of contacts, it is hard to see how businesses are supposed to not seek them out, let alone turn them away.” “It’s not what you know but who you know” is a cliché, the argument runs, but all clichés have a great deal of truth behind them.

John Carney of CNBC believes it is a much more serious matter because “so much of China’s investment banking business is connected to the government in some way.” Hiring the offspring of private companies in the hopes of winning business is just fine, but hiring the children of government officials violates the Foreign Corrupt Practices Act, passed in 1977 with the aim of “preventing U.S. companies from competing for business with each other through bribery.”

There is a larger story here, though. It is tempting — and easy — to think that the Sons and Daughters programs is just another example of the decisive role of guanxi in Chinese society. However, by using guanxi to explain everything, the concept loses its analytical power. The more accurate depiction of the evolution of Chinese society in the past century is the tension between personal relationships and the administrative hierarchies of standardization and meritocracy. Thinking about only one of these two obscures their interaction.

Let’s start with finance. Before foreign-style, joint stock, limited liability Chinese banks appeared around the turn of the 20th century, Shanxi banks or remittance houses (piaohao 票号), local city banks (qianzhuang 錢莊), and foreign banks dominated the financial scene. Piaohao remittance houses played an important role in interregional transfers of money, and in the 1860s began to help the government collect taxes and move them to Beijing, jingxiang (京餉). However, piaohao were almost always closely held enterprises with unlimited liability that traced their origins to various Shanxi families. City banks, qianzhuang, were complementary to the piaohua, and local businessmen could get short-term loans, so-called chop loans, with no collateral. However, this business model made it difficult to lend larger sums of money at a longer term. When foreign banks arrived in China, they focused on international trade and often had deep ties with local qianzhuang banks, and relying on a Chinese middleman, a compradore, to help them navigate the complexities of the business landscape.

In the period around the turn of the 20th century, Qing officials called for the creation of foreign-style, joint-stock, limited liability banks. These banks began to rise in prominence at the expense of the piaohao. A combination of new and old practices helped these new enterprises succeed. Banks moved away from the lending practices of qianzhuang who did not ask for collateral before issuing loans, relying only on personal guarantees. At the same time, however, echoes of early practices remained as some established their own investigative bureau to examine the capital, capability, and character of those taking out loans. This combination of old and new also appeared in hiring practices. Family and geographic connection played a role but banks still instituted a round of tests before appointments. At the Bank of China, for example, all applicants had to pass a written exam that tested a wide range of skills before moving on to an oral exam. Connections only got you so far.1

At the same time, early multinational companies also had to adjust and adapt to the tension between Chinese social networks and their own preference for administrative hierarchies. The key question, as historian Sherman Cochran put it, was whether “Western, Japanese and Chinese corporations imposed new organizations and practices on existing Chinese networks? Or, have Chinese networks resisted corporations’ organizations and practices, causing corporations to assign or delegate authority to networks?”2

British-American Tobacco, the largest cigarette maker in the world, entered the Chinese market in the early 20th century by transferring a preexisting administrative hierarchy for the management and distribution of its product, but abandoned this strategy after 20 years in favor of relying on the connections of its employees. Taking a different course, Mitsui, a large Japanese trading firm, chose not to rely on Chinese locals to market and distribute goods; instead, it trained its Japanese sales staff with three years of Chinese before sending them abroad to serve the company.

In the field of government, the tension between who you know and what you know has a more complicated relationship in a system that always claims to be a meritocracy. After the abolition of the exam system in 1905, the KMT established an Examination Yuan to administer a renewed civil service exam. However, as political scientist Julia Strauss notes, because the KMT “deliberately adopted a policy of inclusion and co-optation, the rigorous enforcement of impersonal methods of civil service recruitment was a luxury it could not afford.”3 For much of the PRC’s history, there was no civil service exam. From the 1990s, the PRC began holding an annual exam, the guokao (国考), to staff the bureaucracy. Since the test’s inception, one of the main challenges has been removing even the hint that success on the written exam and later on the oral exam depends more on name, background, and connections than it does on the ability to write, think, and act like a bureaucrat.

At the most abstract and academic level the question is if and how foreign concepts of organizing society — either Weberians notions of bureaucratic rationality or Western management practices in business — are adopted, rejected, changed, and critiqued in China. At a more personal level, it is the story of how individuals act and live within the tension of these two systems. In either case, the easy answer of guanxi obscures more than it explains.

2 Responses to “Not Just Guanxi: Tensions Between Networks And Hierarchies In Chinese History”