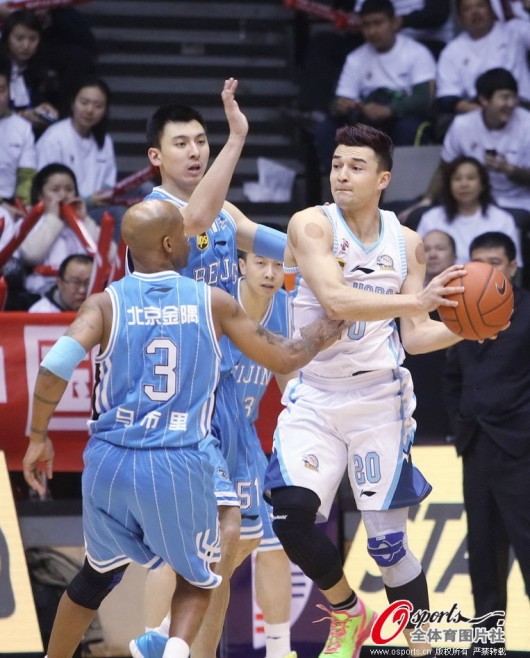 The Xinjiang Guang Hui Flying Tigers are flying high. Riding the phenomenal success of their imported stars, Americans Lester Hudson and James Singleton and a Taiwanese player named Yang Jinmin, the support of China national team players such as the Uyghur point guard Shiralijan (Xi-re-li-jiang) and the Han center Tang Zhengdong, they’re back in the Chinese Basketball Association finals for the fourth time in six years — but the first since 2011, when Quicy Douby took them within two wins of a championship.

There are many reasons for the quality of Xinjiang’s teams, but money and the depth that buys are the main drivers of success.

Where the money comes from

The story of the Flying Tigers begins back in the 1990s with the beginning of large-scale oil and coal development during the glory days of “Uncle” Wang Lequan and Xinjiang oil-man-turned-blacklisted-thug Zhou Yongkong. During those years Xinjiang became a lucrative place for China’s burgeoning caste of venture capitalists to jump into the ocean of market development and real-estate speculation.

By 2004 a local Han man, former soldier and seafood restaurateur, Sun Guangxin, had amassed the sixth largest fortune in China with his construction company General Assemblage (Guang Hui)1. Utilizing connections he had with well-positioned bureaucrats and Party officials such as “Uncle” Wang from his ancestral home in Shandong, Sun came to own more former state enterprises than any other individual in China. He currently controls 60 percent of Ürümchi’s real estate, vast amounts of construction material supply networks, and natural gas — and one of the two best basketball teams in China2.

Sun, along with a cohort of other entrepreneurs (the vast majority of which were Han), have become fabled success stories who motivate and justify economic governance techniques by utilizing the tautological language of progress that dominates much of Chinese political ideology: development is quality, quality is development. The message they present is simple: even people in “backward” Xinjiang can become rich first. Even more importantly, as Guang Hui’s leaping-tiger logo and slogan “Always Going Forward” suggests, Xinjiang can also be thought of as positioned on the frontier of the Chinese future.

In true Ayn Rand fashion, one of the best-selling books on Xinjiang economic development, published in 2009, has the catchy title Trust Broadly in General Assemblage (Guangxin Guanghui). The Xinjiang economist and Guang Hui consultant Tang Lijiu, who wrote the book, likened the Guang Hui model to models of success elsewhere. To his thinking what Xinjiang needed at that time3 was to “Learn Lessons from California.”

The main similarities Tang saw between Xinjiang and California was Xinjiang’s potential to become a new breadbasket of China completely dependent on the miracle of irrigation technologies which harness the rapidly draining water table. But he also saw similar potentials when it came to natural resources, military capabilities, and entertainment industries — of which basketball is a key component. By building a diverse economy around both production and consumption, Tang saw a way of both stabilizing the borderland tensions that have troubled the area and building Las Vegas/Las Angeles-style urbanism in the desert.

Backed by Sun’s billions the Flying Tigers can throw a lot of money at players; this alone might be what puts them in competition with franchises in Beijing, Shanghai and Guangdong. Singleton and Hudson are both very well compensated by CBA standards. But they also have a great deal of support from national-team-level players with the scrappy toughness of Shiralijan and the towering presence of Tang Zhengdong (and Monghbatar).

As Josh Summers wrote last week, Flying Tiger games can be rowdy. At Red Mountain arena in downtown Ürümchi, under the shadow of Sun’s three glass-and-steel towers called “Times Square,” people yell. They own their position out on China’s western fringe. Maybe they are “becoming Californians,” or maybe they are just coming into their own. Regardless, the Flying Tigers of 2014 are a point of pride in what has otherwise been a miserable start for the Year of the Horse in Xinjiang.

Although Shiralijan is a household name for most Uyghurs, as Josh mentioned, basketball in general is still not that popular in Xinjiang. In some ways the success of the team is symptomatic of the kind of uneven success Xinjiang development has produced. Money moves toward images of a beautiful, victorious future, while the underemployed watch from the sidelines. The Flying Tigers really are Xinjiang’s team.

1 This is my translation – could also be “broad collective” – as far as I know there is no official translation for Guang Hui.

3 He has since shifted his focus from a California model to a New Silk Road model that positions the cities of Xinjiang as entrepôts to Central Asia and Europe.