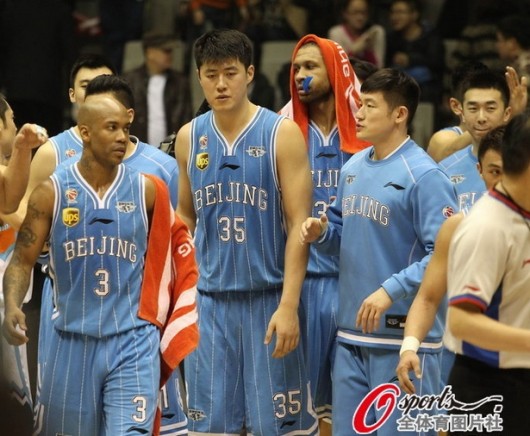 Believe it or not, a 37-year-old point guard from Coney Island, New York who played 13 years in the NBA is putting the city of Beijing on his back.

With one CBA championship on his resume — and a statue outside MasterCard Center — Stephon Marbury already is a Chinese basketball living legend. So what happens if he wins another, all while averaging 28 points per game this postseason on a bum knee?

We’re three Beijing Ducks victories away from finding out. On Wednesday night, the Ducks dominated on the road in Game 1 of the CBA finals, beating the Xinjiang Flying Tigers — who were 4.5-point favorites — 95-75.

This comes on the heels of the Ducks’ upset of the Guangdong Southern Tigers, dubbed the “Miami Heat of China.” Marbury, whose official nickname is “Political Commissar Ma,” took over that series, including scoring 43 points in a Game 3 win.

Beijing fans have taken notice. Today marked the official ticket launch for Games 3 (March 23) and 4 (March 25) in Beijing. It’s been reported that a total of 225,000 fans attempted to buy the 16,000 available tickets, crashing the online system.

The Ducks, along with their marketing affiliates iRENA World, are hosting a Game 2 viewing event on Friday at Gala (located between gates 21 and 22 of Workers Stadium at Gongti). Doors open at 6:30 pm for the 7:30 pm tipoff. It’s free, and probably your best place to root on the hometown team.