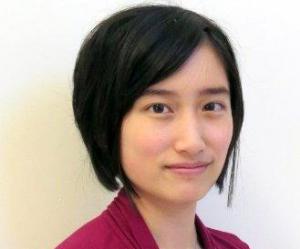 Here’s a strange little story from the other side of the world. Frances Chan, a 20-year-old history major at Yale, was apparently told by her school’s health center officials that she was dangerously underweight at 92 pounds. She’s 5-foot-2, and according to the ideal weight calculator, someone between her age and height should weigh at least 97 pounds. As Chan wrote on Huffington Post last month about her ordeal:

I asked my health-conscious friends what they do to remain slim and did the exact opposite. In addition to loading up on carbs for each meal, I’ve eaten 3-4 scoops of ice cream twice a day with chocolate, cookies, or Cheetos at bedtime. I take elevators instead of stairs wherever possible.

The sound you hear right now is half of America crying.

Then there’s this New Haven Register article from last week:

Since December, Chan has had multiple medical appointments and mandatory weigh-ins. She met with a nutritionist and a mental health counselor, as well, to determine whether she might have an eating disorder. She said a nurse told her at one point that her low weight would kill her if she didn’t do something about it.

Although she attempted to do as she was told and eat more, Chan only managed to gain two pounds. Yale said that wasn’t enough.

Chan’s still in school — Yale wouldn’t actually expel her for her weight, I don’t think (is that legal?) – though officials check in with her every semester.

As a fellow Asian who can gorge without consequence, I want to tell Frances to enjoy what she’s got, consume to her heart’s delight, but I know the truth: the weight is merely hiding, stored in some invisible alternate-universe pouch. One day the cosmic bridge will break and all those extra pizza slices and ham before bedtime and dessert at Old Country Buffet will drop into my belly, making it look like a watermelon. Metabolism rates slow as one ages, but food remains ever delicious. Fat years, here we come.

One Response to “Asian Student At Yale Tries Hard To Gain Weight, Fails”