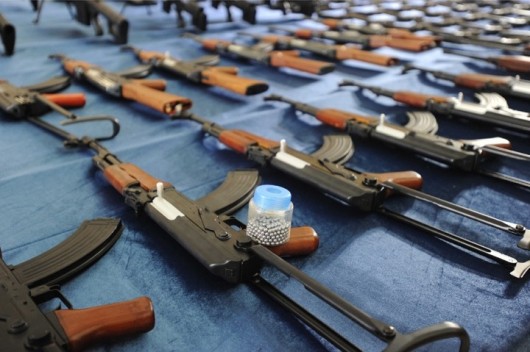 April 13, 2014, the day China was made safer… from airsoft guns and swords to be sold to tourists.

However, reading reports, both from Chinese and international media, one gets the impression that a) China has a huge gun problem, b) Chinese police are awesome, and/or, perhaps most importantly, c) THIS IS A BIG DEAL.

I submit for your consideration:

China has seized more than 10,000 illegal guns in the southwestern province of Guizhou, state television reported on Sunday, marking its largest haul of illegal firearms as it steps up efforts to crack down on violent crime.

Gun attacks are rare in China but the government has stepped up efforts against violent crime following a spate of incidents, including a knife attack at a station in Kunming city in March blamed on militants from the western region of Xinjiang. 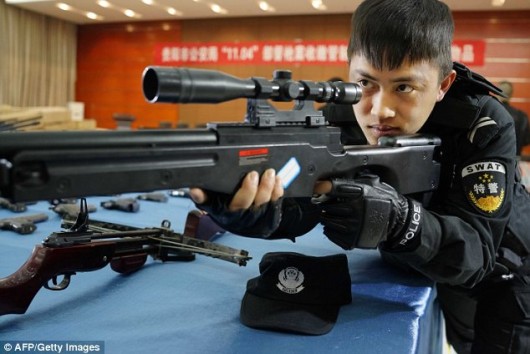 Sniper rifles: The massive seizure, in the southwestern province of Guizhou, includes 10,500 illegal guns and 120,000 forbidden knives - all destined for the country’s flourishing underground arms trade

Yang Tao, an officer of the Criminal Investigation Department at the Guiyang Public Security Bureau, said the guns, pistols and rifles were made of iron and used steel balls as bullets.

The firing range of the pistols is 30 to 50 meters, he said.

Fired from a great distance, the guns could cause permanent disability, he said, and at close range they could be lethal, he added.

Yang said the firing range of rifles could exceed 200 meters.

After a cursory search, a few inconsistencies arise. First, the investigation into and seizure of these weapons is somehow connected to the train station attack in Kunming on March 1. However, the investigation, including “deep undercover work,” actually started in January.

Second, just how dangerous are these weapons? Judging from the description, these guns are modified versions of either a BB gun or an airsoft rifle, the more likely candidate. (BB guns use metal balls, but are spring loaded, severely limiting range.) If they are airsoft, then they are highly modified. The guns with the longest range sold online are “sniper rifles” with a maximum range of 250 feet. That’s only 76 meters. And as one airsoft enthusiast advises: “Do not expect to hit a stationary, man-sized target more than 30% of the time at 100m if your gun is able to even reach that mark.”

Yes, airsoft and BB guns can put an eye out if you’re not careful, but disabling shots from 200 meters?  That seems a little bit too much to ask from an air-powered gun.

It seems that, in this case, the real losers are not criminals looking for some real firepower, but the airsoft markets around the world who will be losing out on a pretty big shipment. Rather than big busts that make the Chinese cops look like they’re doing their job, maybe what the people need is a short course on how to tell a real gun from “not a toy.” 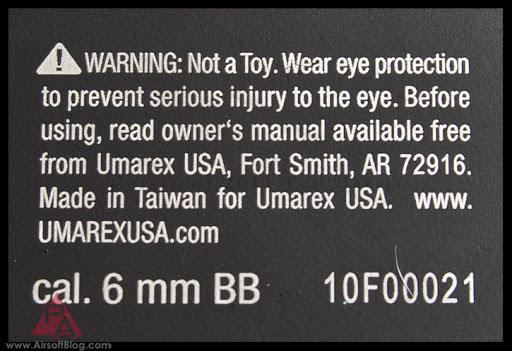