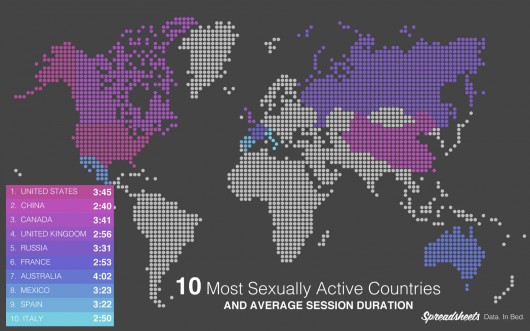 According to the chart above, China ranks second in sex frequency, but its men last only 2 minutes and 40 seconds on average. That ranks dead last among the world’s “10 most sexually active countries.” The Italians, French, and British don’t do too well either — only 10 seconds, 13 seconds and 16 seconds, respectively, better than the Chinese.

The more you know.