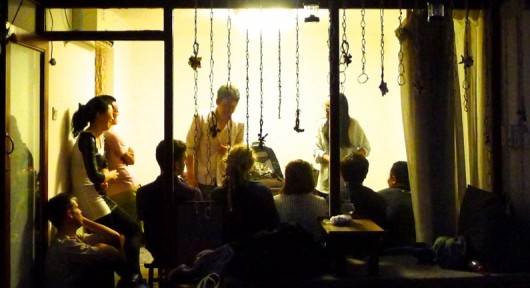 Spring switches us from latent to active, and spring being the season of festivals in Beijing, it’s one more reason to get up and busy (and stop marathoning shows on Sohu). Beginning next Tuesday, April 8, the six-day Beijing Improv Festival returns with shows and workshops featuring greater China’s finest improv crews. Knowing almost nothing about the art, I spent time with the local bilingual group Plus One during one of their weekly Sunday rehearsals to get the scoop.

Each week, Plus One chooses a different comedic dungeon master to set scenes, facilitate interactions between players, and organize group games. The leader on Sunday was Paul Creasy, who you might know from the Beijing stand-up circuit. His theme of the night was focus.

Like musicians tuning their instruments, the crew began with warmup exercises. Gathered in a circle, they started with a send/receive clapping game, where, you know, “you’ll want to catch the clap and then pass it round the circle.” As with all things one can catch, this game went on for four rounds with varying degrees of confusion, ultimately ending with red hands and giggles. Insisting that the game is “not good for hands, but good for focus,” Paul moved on to an onomatopoeic knife-throw game. Standing in a circle, group members mimed knife throws at others while supplying martial sound effects. Eyes darted, with ninja focus, as participants wondered who’d stab whom.

The collective was diligent in its effort to showcase individual members. After a few rounds of exciting word associations, the rehearsal began in earnest with scenes. Collaboration happens through eye contact and gestures, with stronger personalities typically leading the way — at times gracefully, and other times not so much. All skits end with someone saying, “And scene!”

This was rehearsal, so missteps were teachable moments for next week — and some skits, the troupe discovered, were better left buried. In one setup, created by Wu You, Peter, and Kelvin, the members mimed digging a grave for their deceased father. It got really trippy, with Wu You standing up to say, “I don’t know what I was doing, it just got weirder and weirder.” Annnnnnd scene.

Bilingual does not imply all members are fluent in English and Mandarin, but a good number of Plus One’s members fit the bill. Being an invite-only group, each person has been able to adopt comfortable roles. The playful tone of the group also makes language fluency less of a necessity. (Beijing improv groups are happy to invite those interested in joining to first check out the Wednesday workshops at Hot Cat Club.)

Overshadowed as they might be by bigger troupes like Beijing Improv Group (BIG), Plus One will be a short-form show to see. Veteran members like Jay Wang, Emily Foate (who will participate in three performances during the festival!), and Paul Creasy are seasoned performers. It’ll appeal to anyone looking for some dramatic inspiration. Don’t worry, you can always catch Game of Thrones later.

The Improv Festival runs April 8-13 at Penghao Theater. Plus One will perform on Thursday, April 10 at 8 pm.

Shannon traverses Beijing by bike and with a camera. She is saving money for that fancy DSLR, but until then, follow her on Instagram at Earth is Boring. 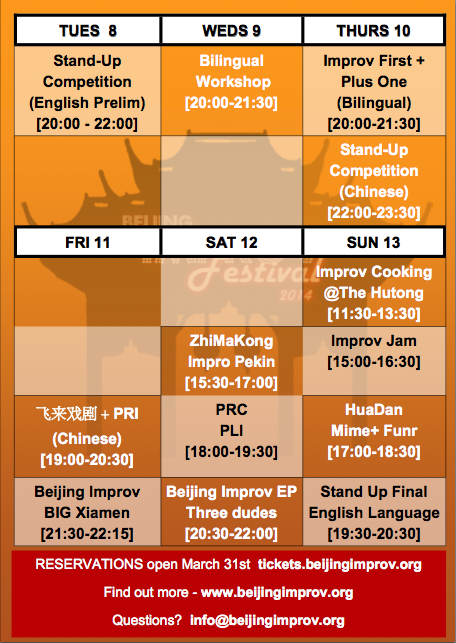 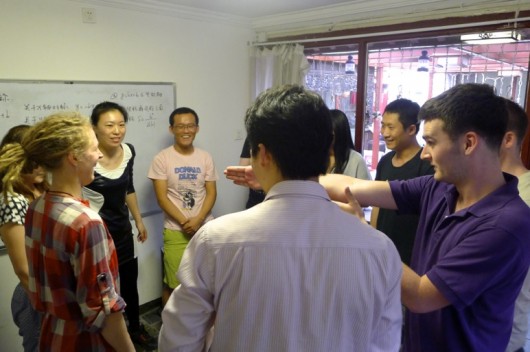 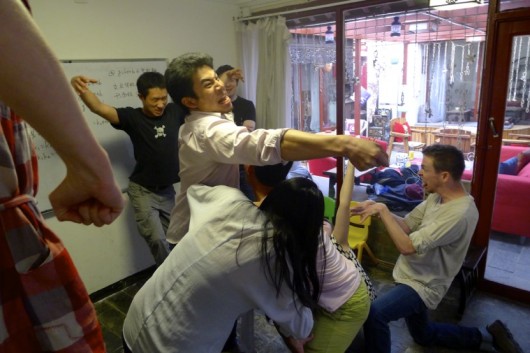 Paul Creasy sets up the next game. 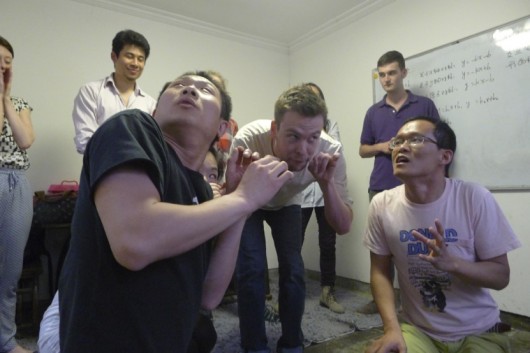 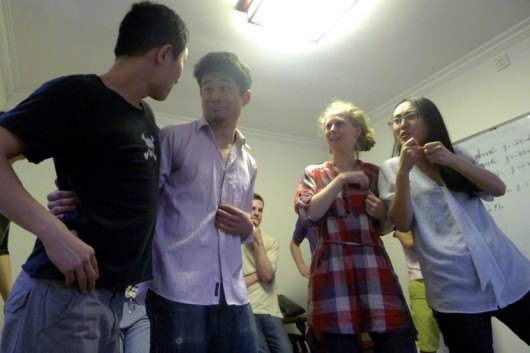 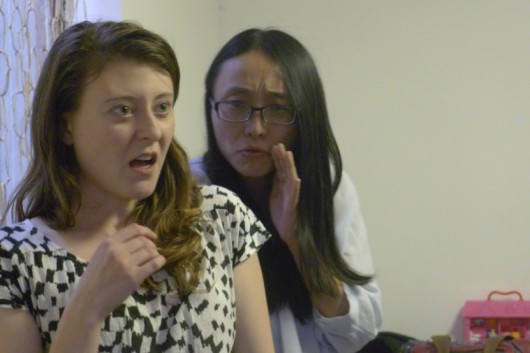 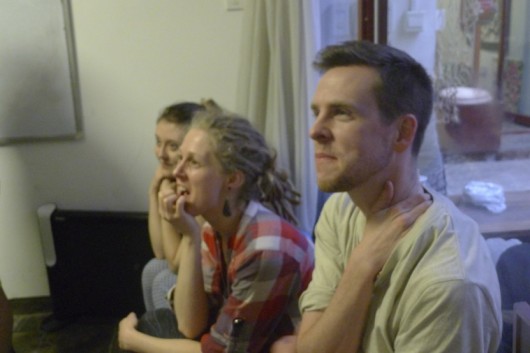