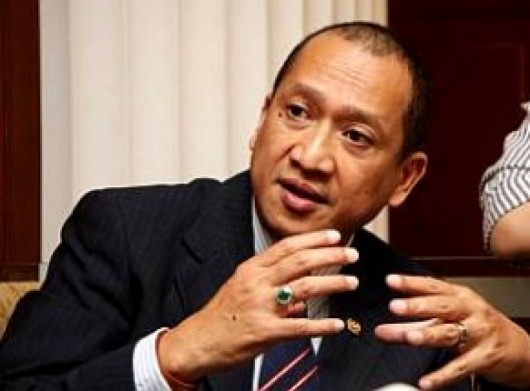 China’s one-child policy, enacted in 1979, has undoubtedly changed Chinese society. Whether for better — curbing population growth in a country with dire resource limitations — or for worse — creating a generation of “Little Emperors” who are doted on by two generations of extended family — remains a debate that may never been settled. Of course, there are places where this debate can both be stimulating and appropriate. In the context of missing Malaysia Airlines Flight MH370 is not one of those places.

“We have to understand that China has (had) a one-child policy for more than 30 years and for the families of passengers on the flight, they are worried and angered over the loss of their descendants,” he said when winding up the debate for his ministry on the motion of thanks for the royal address in the Dewan Negara, Monday.

…“The Chinese believe that for the final rites, the body must be touched. If not the body, at least they should know where the aircraft crashed.

“As both of these requirements are unfulfilled, they cannot conduct the final rites and in their frustration, they direct their anger at Malaysia.”

Is the implication that a child would be less valuable if a family had more than one, and the families of those Chinese victims would therefore be less angry at Malaysia?

Even if this was true, why say it out loud? As far as political parrying goes — deflecting blame, in this case — this is as clumsy as it comes. Are his listeners supposed to have an a-ha moment because Chinese anger has been put into context? Is his amateur psychoanalysis, paired with a rudimentary understanding of Chinese custom (the body must be touched), supposed to help victims overcome their grief? And what about the juxtaposition of tragic personal loss with the most controversial government policy of the last half-century? Where’s the consonance?

Seven and a half weeks after the disappearance of MH370, we still have no idea where it is. The victims are gone. Does more need to be said?