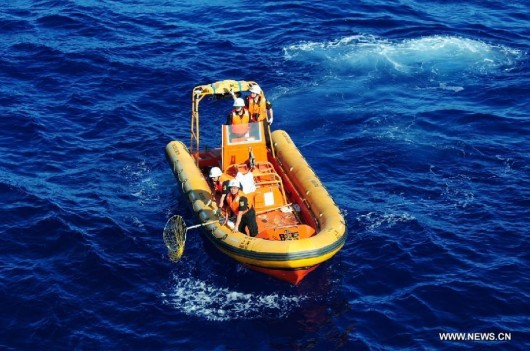 The latest update on still-missing Malaysia Airlines Flight MH370 – New York Times: “China’s Actions in Hunt for Jet Are Seen as Hurting as Much as Helping” — puts the attention on China’s naval incompetence and prestige hunting. Apparently good intentions don’t get you good press. I read the Times’s article while slowly shaking my head at the entirety of the MH370 situation/mess. Then I came to this quote:

“This is a chance for China to regain some of its lost prestige and show the world what it’s capable of,” said Jeff Kingston, director of Asian studies at the Tokyo campus of Temple University. “There’s a lot of prestige on the line here.”

You can hear Kingston and a lot of others silently seething, can’t you? There’s a lot of prestige on the line here drips with sarcasm, even if it might not be intended that way.

Another Times’s excerpt follows. Go read the whole story if you want to be disappointed in people.

On April 5, Chinese state-run news media reported that Haixun 01, a Chinese government search vessel apparently operating outside the zone designated that day by the search coordinators, had twice detected underwater signals that might have come from the missing plane’s flight recorders.

Photographs published by the official Chinese news agency, Xinhua, showed crewmen using a hand-held hydrophone intended for use in shallow water, casting doubt on the value of the claims.

The delay in deploying Echo to join Ocean Shield may have cost searchers the opportunity to record more signals and narrow the underwater search area, officials say.

4 Responses to “New York Times: China Has Been Unhelpful In MH370 Search [UPDATE]”