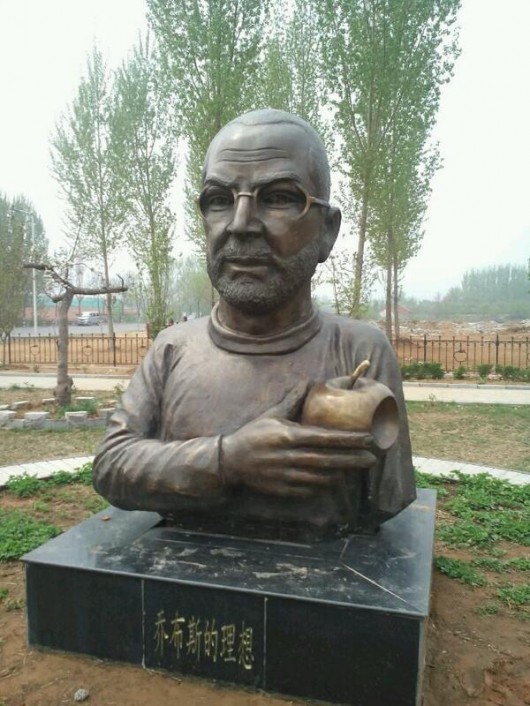 Another Monday, another edition of links. Maybe we’ll see some of you at the Anthill’s literary rum night at Cu Ju on Wednesday.

2.4 million people affected. “A crude oil leak from a pipeline owned by a unit of China National Petroleum Corp. (CNPC) is to blame for water contamination that has affected more than 2.4 million people in the Chinese city of Lanzhou, media reported on Saturday. // The official Xinhua news agency cited Yan Zijiang, Lanzhou’s environmental protection chief, as saying that a leak in a pipeline owned by Lanzhou Petrochemical Co., a unit of CNPC, was to blame for the water contamination.” (Reuters)

Political intrigue. “Ever since Communist Party chief Xi Jinping took office, some of his predecessors in China haven’t been shy about making abrupt appearances to send political messages. // Former Chinese President Hu Jintao’s visit to Hunan earlier this week is no exception, and it demonstrates that there’s not universal support among Xi’s predecessors for his current strategy of Party reform.” (WSJ)

Huge win for Wong Kar Wai. “‘The Grandmaster’ has swept 12 wins at the 33rd Hong Kong Film Awards, including best film, best director, best leading actress and best supporting actor. // The film has broken the record for most wins awarded to a single film at the Awards.” (CRI)

China and Ukraine. “China said on Saturday it backed IMF financial support for Ukraine, but expressed concern about the global lender’s funding capacity given the failure of the U.S. Congress to ratify a program of reforms for the institution. // Chinese Vice Finance Minister Zhu Guangyao told a small group of Western journalists on the sidelines of the IMF-World Bank spring meetings in Washington it was a ‘worry’ that more than 85 percent of IMF lending was currently focused on Europe.” (Reuters)

A way to go. “An old man in Zhengzhou, capital of Henan province, has died after being hit by a model airplane, Zhengzhou Evening News reported on Monday.” (China Daily)

Heck of a crackdown on illegal guns. “China has seized more than 10,000 illegal guns in the southwestern province of Guizhou, state television reported on Sunday, marking its largest haul of illegal firearms as it steps up efforts to crack down on violent crime. // Police in the city of Guiyang seized 10,500 guns and 120,000 forbidden knives, China Central Television said.” (Reuters)

Tragedy on the roads. “Eight children on a school outing were killed when their bus overturned yesterday morning on southern island province Hainan. // Thirty-two other people, including students, a teacher and the driver, were injured.” (Shanghai Daily)

Another environmental protest in China, over building a crematorium in Huazhou, Guangdong: http://t.co/rO7WU9brlu pic.twitter.com/DETFMjJw3n

Zhou Wei’s marvellous images of the people of Nu River, which is being turned to hydro-dams: http://t.co/2OvPIIMGPX pic.twitter.com/VtdPXQD7nl

“From Savile Row to skinheads, Brit style is the thing for the cool young Chinese.” (The Sunday Times)

“Nightclub act in which a Japanese soldier tries to spear a Chinese girl with his bayonet.” (Reddit)

A song about Dongguan. (The Nanfang)