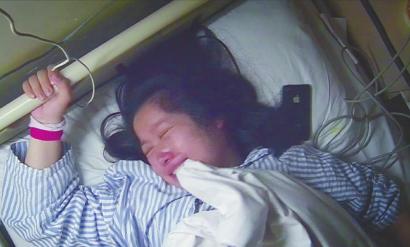 That’s from ECNS.cn, which also reports:

The one-hour show, “Come on, my baby,” debuted on China’s Shenzhen Television on the eve of Mother’s Day. Some people praised it as an ode to mothers who suffer to give birth to their children. While others, after watching the women in labor pains, said the show is disturbing and might be an invasion of privacy.

Are you willing to watch?

What the cameras also capture are bloody and painful pictures of women in agony, close-ups of their facial expressions, screams and wails.

I’ll take The Real Housewives of Miami instead, please.

Other netizens were apparently horrified as well. China Daily:

“It was terrifying to see the mother’s tummy cut in a second during the C-section. …Can I say I do not want to give birth? I was so scared that I cried,” a netizen called Xu Xiaoguai’s Happy Time wrote on her micro blog on Friday night.

Better than forced abortions, at least. Population control advocates may have found their best tool.