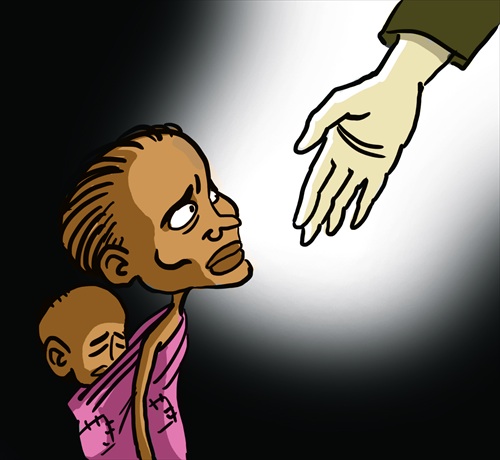 Chinese premier Li Keqiang just finished a four-country African tour on Sunday, so leave it to Global Times to summarize the trip in an unreadable “op-ed” featuring economic stats and sentences such as, “Such a robust momentum of development calls for higher standards in a myriad of cooperation projects.” At least the illustration — by Liu Rui — was, um, eye-catching. GT even tweeted it.

Li was quoted by Xinhua as saying, “I wish to assure our African friends in all seriousness that China will never pursue a colonialist path like some countries did, or allow colonialism, which belongs to the past, to reappear in Africa.” Looking at that picture, straight from the quill of a well-meaning but cloistered and ultimately clueless 19th century liberal, it seems like maybe Global Times missed the memo.

One Response to “How Many Things Are Wrong With This Global Times Illustration?”