Beijing’s Third Annual Craft Beer Festival drew thousands of visitors and brewers from around China to the Galaxy Soho complex in Chaoyangmen this weekend. It was some of the nicest whether Beijing has seen this year, with rainbows being spotted around the city. 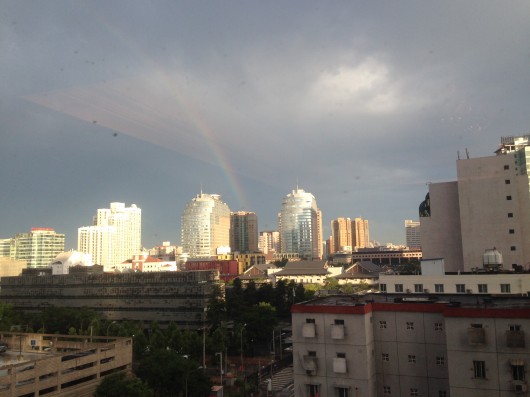 Brewers from around China attended. Bad Monkey brewery from Dali, Yunnan was there. 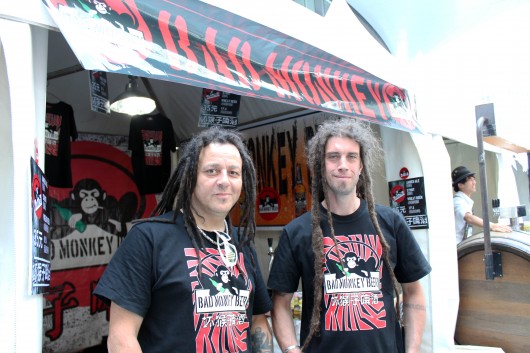 This guy inexplicably wearing lederhosen was there representing Taiwanese brewery le ble d’or was there. 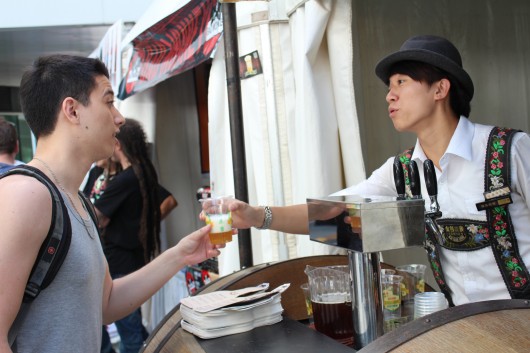 Carl Setzer (right) took a break off of his main job scaring children in Nordic fairy tales (see below) and brought Great Leap Brewery along too. 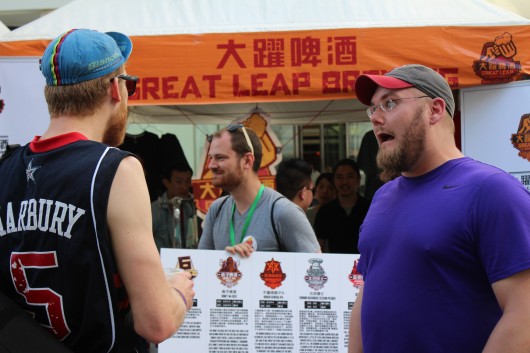 Lots of other breweries were there too, but the highlight of the event was without a doubt the triumphant return of chef Kin Hong and his Taco Bar. Kin and his team sold tacos like hotcakes, attracting lines that easily eclipsed any of those waiting for beer. 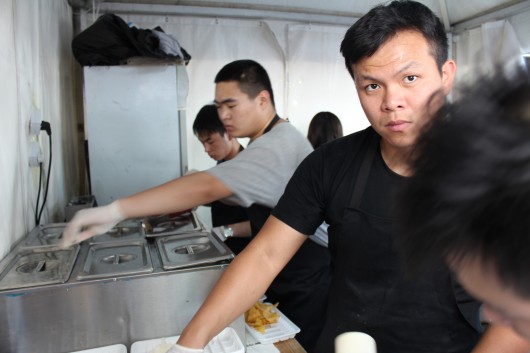 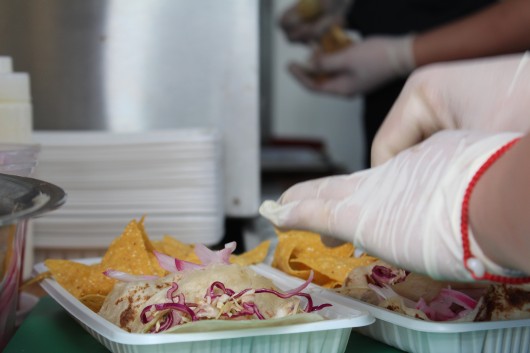 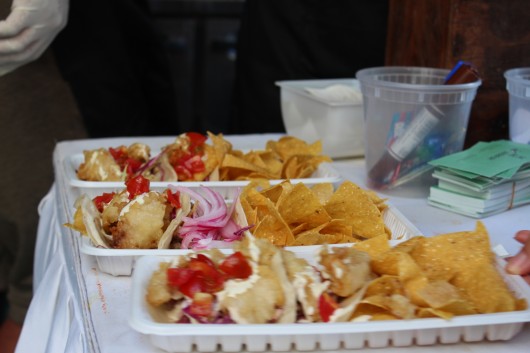 Sploosh. I ate eight of them.

The Taco Bar will be reopening in Sanlitun in the coming months near the new Home Plate. Amazing.