The fifth of our five readers from Flash Fiction for Charity. Also see: 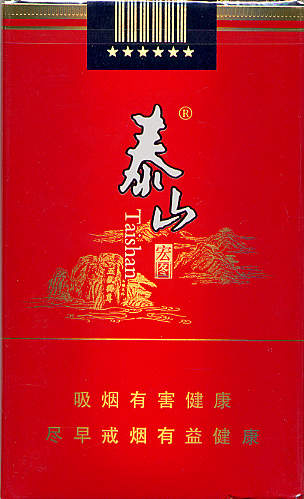 I didn’t smoke my first real cigarette until I was twenty-four.

I was the kind of teenager who, at lunch, would watch classmates spray deodorant to mask the smoke that still lingered in the changing rooms. It must have been the spring of senior year when I inhaled a few cautious, self-conscious drags by the public toilets at the top of D’Aguillar Street, Central. But I never cared to smoke more.

When I moved to Beijing for my first real job, the winters were so thick with cold.Therewas no difference, it seemed, between smoking indoors and breathing in the smog, and I despised how smokers chose to suffocate inside, stainingour clothes with terrible traces of second-hand tar.

I first met Julie and Kirin that winter, in a crowded Beijing bar where condensation clung to the windows as if the walls were breathing. Someone asked if I was mixed-race, explaining that her friends had placed a bet. I saw Julie’s large eyes widen in disbelief.

We spent the rest of the right talking while the house band wailed in the background. Although Kirin was barely within earshot, I noticed him watching us.

After Julie and Kirin finished their Chinese-language program that summer, Kirin stayed in Beijing to research his PhD. Though Julie planned a trip back to the United States to visit family, I knew she was delighted that her boyfriend and I would be spending time together. Somehow, every time Kirin and I made plans, I’d feel guilt waft over my conscience. It left the stain of second-hand tar.

One hot summer’s night, so humid that the dragonflies lazily dragged their bellies across the shimmering surface of Houhai Lake, Kirin and I decided to join the queue to the Sichuan restaurant near his apartment. I will never understand the logic behind eating spicy food in the heat.I know that eating the chili peppers makes you sweat excessively, and that sweating is supposed to make you cool. But I suppose eating mala is a good excuse for drinking cold beer.

As we ordered Yanjings for the wait, we sent Julie selfies of our shadows and made each other do the t-shirt belly flip. At our table, Kirin took upon the mission of ordering too much food: pan-seared eggplant, fried fish, chicken and vegetables steeping in a bath of cold chili sauce, and pork slices drowning in peppers, all washed down with generous portions of beer.

Tongues flaming and bellies sated, we gathered more cheap beer from the corner-store and sat amongst the potted plants, listening to music blaring from a hutong courtyard.

I rested my head on Kirin’s shoulder to keep the world still as the foot-traffic plodded past. I was pretty content, so I was surprised when he reached into his pocket for a pack of cigarettes.

I can’t exactly remember how Kirin responded when I asked why he smoked, but he said he did it to suspend moments in time. I thought about taking the cigarette from his lips, but I stole the silver pack instead and fumbled to light a Taishan No. 20 of my own.

There is something undeniably cool about smoking. While I felt like an actor staging a prop, Kirin was a natural – his cigarette an extension of his fingers. I watched him exhale, the smoke punctuating his breath.

I inhaled and, as I relaxed, I felt the warm smoke escape my lungs like sand slipping through my fingers. The smell reminded me of chestnuts from a searing paper bag.

Hours later, I found myself collapsed on Kirin’s bed. I woke to find everything still. Kirin was perched on the window sill, quietly smoking. His hair, normally pulled into a tight ponytail, now lightly draped his shoulders.

He was facing the cool night air. Maybe he was watching the moon cast light over the Lama Temple or gazing over the direction of the Atlantic Ocean. Perhaps his eyes were closed. I couldn’t tell.

I could feel him breathing. I watched him inhale, holding the ashen smoke for a fraction of a moment. He would then release, chest falling, letting the air disappear into the vapid night.

Rosalyn is a college counselor in Beijing who enjoys dancing in unusual contexts.