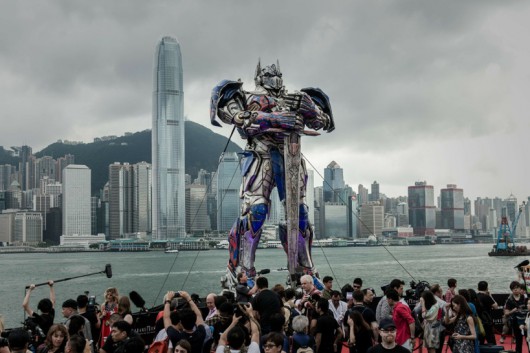 That’s right, move aside, Avatar and James Cameron, because Michael Bay’s fourth Transformers film has just surpassed you. Via The Hollywood Reporter:

After only 10 days in release, Paramount’s Transformers: Age of Extinction has become the top-grossing movie of all time in China with $222.7 million in ticket sales, eclipsing the $221.9 million grossed by James Cameron’s Avatar. The 3D tentpole achieved the milestone over the weekend.

As Quartz points out:

A co-production between Paramount and Chinese studios, the film includes Chinese actors and Chinese product placements, from Lenovo computers to Yili milk and some of China’s largest banks.

The box-office success of such an epic cinematic failure makes us think though: there just might be hope yet for Empires of the Deep.

China Box Office: ‘Transformers: Age of Extinction’ Is No. 1 Film of All Time (The Hollywood Reporter)