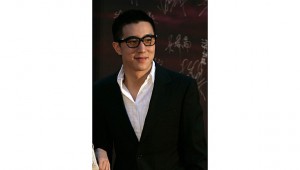 Jaycee Chan: as NWA might say, a snitch is a snitch/ if you’re poor or rich

In the hopes of avoiding getting bored to death in a Chinese prison cell, film “star” Chan has allegedly spilled on his friends like an action hero, according to Liberty Times, a Taiwanese newspaper.

The “laundry list” contains up to 120 names including a singer with a Taiwanese band “whose surname starts with F, has invested in two night clubs in Taiwan and his family has strong connections with the military.”

Who could it possibly be? Netizens point to Johnny Fei, whose father is a general – but the latter has already told the media, they got the wrong Johnny.

It’s long been known that you need to be on drugs to properly enjoy Mando-pop; it’s vaguely reassuring to learn, then, that its producers are suffering with us. Look forward, then, to a long series of arrests of artists whose work is but a footnote on the arse grapes of musical history.

Meanwhile, a letter that pusillanimous performing-arts associations have been made to sign, pledging not to hire any musicians guilty of drug crimes, has supposedly been leaked [NOTE: the authenticity of this letter has not been verified]

The letter, leaked on Weibo

I’m writing this letter with grave worries and anxiety. As you must have heard, many showbiz professionals have been busted for whoring and doping recently, and the suddenly toughened-up mainland media environment for entertainers is making us very concerned.

As a major entertainment group, we feel we are duty bound to notice our entertainers of the importance to abide by law and morality. Please, actors, do not give yourself excuses like “releasing the pressure and relieving oneself” to bring unforeseeable disasters to yourself and the company.

But since we hold the attitude to “always stick with our people,” we have some sweet advice, as below, for you. Please make sure you follow these:

1)    Reject invitations to any party involving drugs and report to the company truthfully with absolutely truth [sic]. Keep yourself completely uninvolved with drugs and we won’t allow serious doping problems like Chan and Ke to occur

2)   Those with more colorful private life, we advise you to use Liebao Cleaning Master [a smartphone app to delete junk files and boost running speed] to have your personal information cleansed thoroughly, protected and avoid being leaked.

3)   Reject your friends or other people in the business’s invitations and seduction to go to places linked to prostitution and report to the company about such things. Saving racy pictures is prohibited and we don’t allow incidents like Edison Chan to happen

4)   Be careful of your image and stay low-key at bars, clubs etc, and avoid things that damage your image, like drinking, smoking and swearing in public

Please do follow the four pieces of advice above. I’m bloody begging you now.

Yes, it’s tough being successful in China these days. Officials get vanished, Big Vs are squashed, businessmen fear looting and movie stars get treated like 13 year olds. It looks like the PRC may never get that Cypress Hill tour.

5 Responses to “Jaycee Chan Rats Out Friends, And The Most Embarrassing Letter In Pop History”