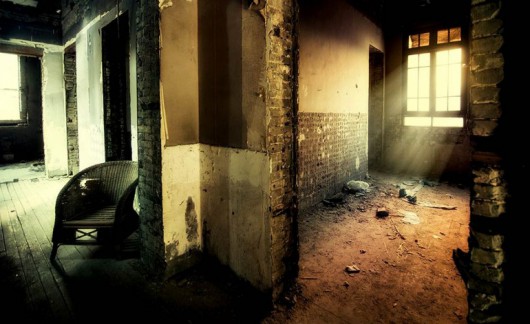 If you haven’t made any plans for your Halloween night, consider a trip to one of Beijing’s haunted houses.

Not to be confused with the spooky amusement destinations that pop up throughout the US and Canada at this time of the year, these haunted houses are the sites of ancient murders and suicides.

Tales of wandering spirits, unusual sounds and paranormal activity have persisted for more than a decade at some of these locations…

Chaonei No. 81 (also pictured above) 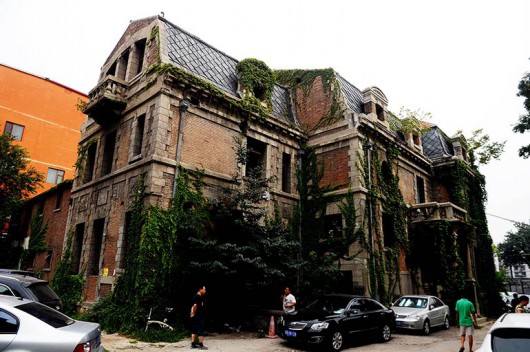 Located on a crowded street in the heart of the city, Chaonei No. 81 is Beijing’s best known haunted house. Its recent fame comes from being the inspiration for Jingcheng No. 81 (The House That Never Dies), a 3-D thriller directed by Raymond Yip.

Creepy stories associated with the house make it one of the most popular destinations for Chinese thrill seekers.

Constructed in the late Qing Dynasty, the Baroque mansion was the private residence of a French railroad manger. During the Republican period the building was sold to a Kuomintang official who lived there with his mistress.

When the Kuomintang government fell in 1949, the man fled to Taiwan and left the woman behind. She quickly lost her mind and hanged herself in the luxurious home rather than face life alone in New China.

Despite its shabby state, Chaonei No. 81 hasn’t been incorporated into demolition or reconstruction plans and is currently in a state of disuse. 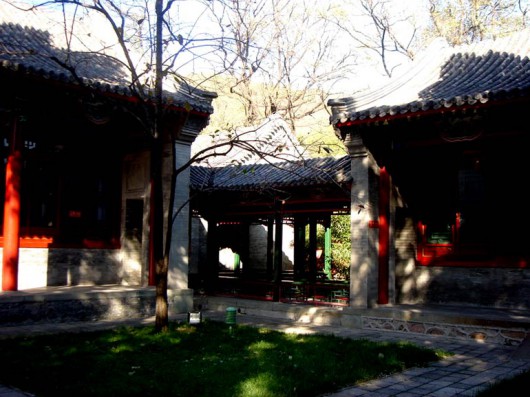 Built during the reign of the Jiaqing Emperor of the Qing Dynasty, Huguang Guild Hall was intended to be a reunion hall for businessmen and ministers from the provinces of Hunan and Hubei.

There are two horrible stories associated with the hall.

According to one version, the hall was the former residence of Zhang Juzheng, a famous reformer during the Ming Dynasty. After Zhang’s death, political opponents murdered his entire family. The only survivor was his 80-year-old mother.

Another version of the story claims that Huguang Guild Hall was built on an abandoned graveyard, causing many ferocious and angry ghosts to torment its inhabitants. People who lived nearby said they often heard cries and cursing from outside their home, but when they opened their doors there would be no one present.

The Huguang Guild is a spacious imperial-style courtyard. It has exquisite doors with carved tiles, fabulous gardens and an old theatrical stage sure to attract both history buffs and ghost seekers. 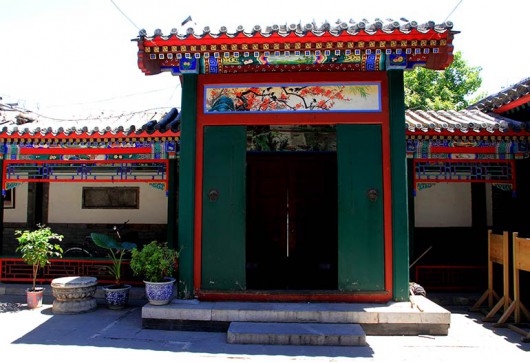 Covering about 30 hectares (74 acres), the Prince Li Mansion has the largest number of rooms among princes’ mansions in the Forbidden City. As a symbol of authority and power, a natural sense of mystery led citizens to make many lurid tales.

A sad love story associated with the mansion is one of the most famous. After studying abroad in France, Princess Lanxin, the daughter of Prince Li, fell in love with the no-name actor Feng Yuecong. But the romance fell apart when Feng’s friend snitched on their secret relationship. As a result, Feng was poisoned and sent to prison.

After being discharged, Feng learned danxian, a single-string fiddle, and played outside the mansion. Legend has it that his ghost became a strong wind that has haunted the Prince Li Mansion ever since.

Built in 1779, Xiaoshihu Hutong No. 33 was the property of Aisin-Gioro Miande, the grandson of the Qianlong Emperor.

Ji Xiaolan, a famous writer and administrator, wrote that the house has a long history and it is “quite normal” to encounter ghosts within.

The accounts of its neighbors seem to support Ji’s words. Many have reported hearing the voice of a woman reading poetry or playing the guzheng.

At one time, Xiaoshihu Hutong No. 33 was adapted into an academy where civil officials would gather to compile books and share their expertise. One of the occupants was Cao Xueqin, who lived for several years while completing the rough draft of his Dream of the Red Chamber.

One Response to “Ancient Murders And Suicides: The Haunted Houses Of Beijing”