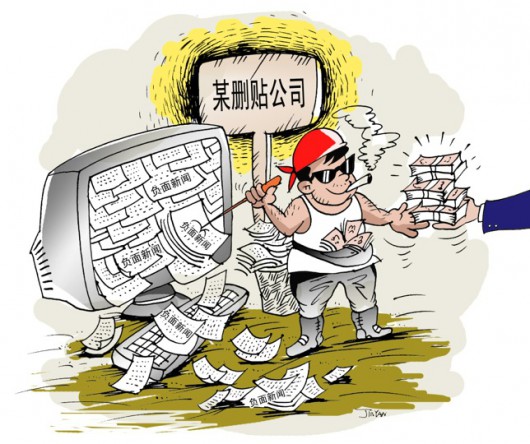 Sites that carried the story basked in the traffic brought by social media shares and angry comments lamenting the “moral deficiency of modern youth.”

But as with much Chinese news, the story was much deeper than it appeared on the surface.

“It’s not the first time a software maker chose to promote its app like this,” said Shushu, a blogger in Nanjing. “The similar ‘Backhoe Sex’ episode came only two weeks before.”

In that incident, police near Shanghai’s Putuo district supposedly received a call on October 13 from a man and a woman who had broken into a backhoe left at a construction site and locked themselves inside the cabin.

Three days later, The Paper released an investigative report that proved the story to be false. According to the report, neither the Public Security Subbureau in Putuo nor the Shanghai Public Security Bureau had ever logged such a call.

This shock approach to app marketing can trace its roots back to earlier this year, when the front pages of many sites dedicated their real estate to “Anti-World Cup” slogans and photos of barely clothed women and violent, drunken fans.

Following each report was a call to arms: “Support us by following us on Youjia.” 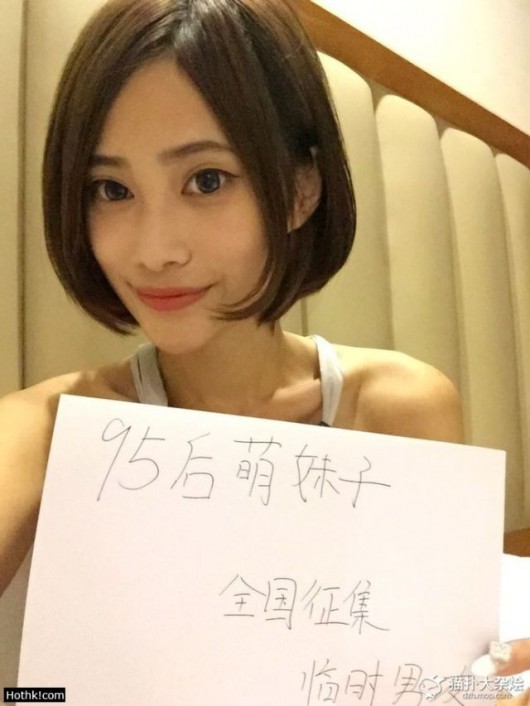 “Fake news like the Backhoe Sex story make good use of the public’s love of scandals,” said Jiang Lili, a reporter at CRI Online. “They are meticulously crafted to broadcast a product.”

But the rapid spread of such soft advertising indicates a bigger problem: news websites are putting their traffic before the authenticity of their content, Qiuyi Net said in an editorial.

According to an editorial on Kankan News, some media outlets that passed along the Escort for Travel story had a signed agreement with Youjia. On Sina, the story was filed under “Sponsored Content,” a section heading typically used for soft advertising.

The case of group purchase website 55tuan may be one of the most extreme examples.

55tuan cooperated with as many as three public relations firms to plant and publish fake news. In June 2011, the company spread fake news that it had received an investment of $200 million from Goldman Sachs. It was also caught pruning negative comments and hiring paid commentators with the help of its public relations agency.

The long-suspected facts were leaked by a former employee of one of the public relations agencies hired by 55tuan.

Kankan News said companies looking to market a product will assign their public relations specialists or contracted agencies to develop farcical or novel content engineered to appeal to the human psyche. Once the story is shaped, it is sent to cooperative media agencies for publication or broadcast.

But the real fuel that makes this approach possible is the paid commentators: the so-called “Water Army.”

“We offer tailored propaganda and promotion plans that can give you considerable media exposure. All you need to do is send us your press release and tell us your budget,” said Xiao Liu, a spokesman for an online marketing firm.

Ordinary promotion proposals cost about 15,000 yuan. “Bulletin boards and forums are popular and active, and those are the best places to strike a chord and encourage people to continue sharing the story on their own,” Liu said.

More than half of the content on commercial websites and forums is manipulated by paid commentators, according to data from the Beijing Network News Supervision Center.

The industry has given rise to a parallel service that handles Q&A platforms and QQ groups. “We publicize your information and post positive comments on the major platforms,” Liu said. “Presenting it from a third-party angle helps to sway more Internet readers.

“QQ group promotion is more like viral marketing. We post your soft advertisements on numbers of groups to meet your demand of exposure.”

The Water Army has invaded Weibo as well. “Our Weibo promotions focus on three aspects: fans, blog articles and event marketing hype. The last is the one most requested by our clients,” Liu said.

“We never ask about the authenticity or legality of our assignments,” said a Water Army poster who refused to be named. “We will write anything as long as we get paid.”

Crackdown on the Way

On October 28, the State Internet Information Office published an announcement demanding Youjia rectify its marketing and app store giants remove it from their catalogues. A few of the company’s leaders and public relations agencies are being investigated.

“The Internet is not a lawless playground,” said a spokesperson for the State Internet Information Office. “All Internet companies must abide by state laws and regulations. We will have a nationwide audit of instant messaging clients and apps soon.”

Lu Wei, director of the State Internet Information Office, said the office is formulating administrative measures designed to rein in the marketing of mobile app developers.

But in academic circles, the argument appears to be over the definition of vulgar marketing. “Chinese legislation about Internet hype is far behind, even with the most recent revision,” said Wang Bin, an associate professor at the Nankai University School of Law.