Want to visit the backwater Yunnan town of Jinding, which sits in the shadow of Asia’s largest lead mine? Of course you don’t. Luckily, Greenpeace has done it for you, and come away with this 360-degree, interactive video shot from a drone.

Don’t be fooled by those blue skies. Jinding, in the impoverished county of Lanping, is heavily polluted, according to a Greenpeace East Asia (GPEA) investigation:

GPEA’s field work was conducted in mid-April of this year. The team collected household dust and earth and water samples in Jinding Town. Tests showed that cadmium and lead contamination in the area is widespread. Further analysis revealed that the samples’ cadmium, lead and zinc content have a direct correlation to proximity to the Jinding Zinc Industrial Smelting Plant.

The health effects have been troubling:

In 2006 Yunnan Jinding Zinc Corporation Ltd. acknowledged that the minimum distance between residential areas and the plant should be 600m, and promised to relocate residents accordingly – a promise yet to  be fulfilled. The plant has caused numerous health problems for the villagers, especially amongst children, who are particularly susceptible to lead absorption.

A GPEA review of blood lead poisoning cases across China over the past 10 years has found that a third of all cases are caused by lead-zinc smelting. As the largest lead producer and lead polluter in western China, the problems are particularly severe in Yunnan.

It’s yet another reminder that pollution takes many forms in China — soil in this case; also see: water – and sometimes is not so easily masked. As GPEA puts it:

This is just one way we can show the world this scandal. We can’t let Yunnan Jinding Zinc Corporation Ltd. keep getting away with hiding from their responsibilities. They must keep their promise to relocate local residents. 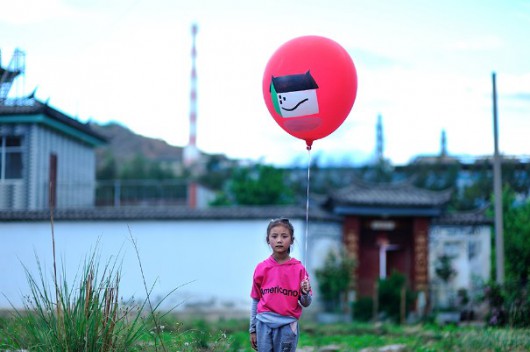