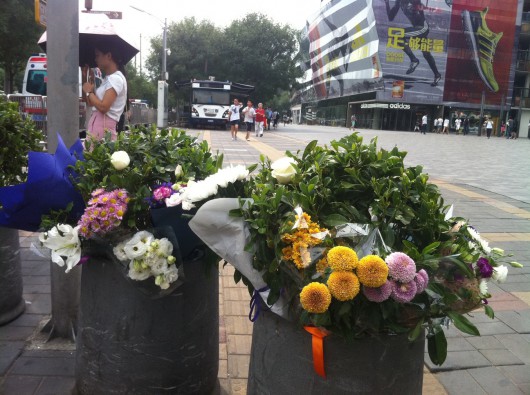 Here is what we all should do: Tomorrow, take a little time out of your day and go leave flowers and/or positive messages on the ground where it happened. We have to change the mentality here, enough with this “If I help, I’ll get in trouble” or “China doesn’t value people’s life” excuses. You can be black, white, yellow red or blue it doesn’t matter, bottom line is this, if you are in China YOU are CHINESE, you want to make China a better place then make it happen.