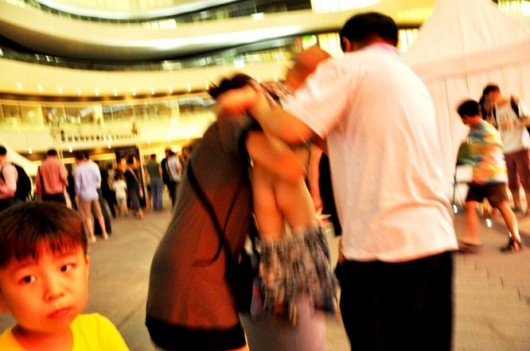 A bratty five-year-old looking kid yelled “wo yao niao niao!” at his parents who immediately picked him up, pulled his pants down and held him over a bin, a foot away from where we were eating and drinking. The father laughed as I took photos and told him how disgusting it is and that there is a bathroom right through the door behind him. His response: “My kid doesn’t like bathrooms, he’s afraid.”

By the way, a common misconception is that we at BJC disapprove of kids urinating in public, whether over trash cans, on curbs, or into paper cups. In actuality, we love it, and can’t think of anything more likely to make one lift his or her eyebrows, tilt the head, and think, How interesting. We’re all about the interesting things, of course.

We slightly frown upon shitting in public though.

More Craft Beer Festival round-up later this week. The headline, of course, is a reference to this. 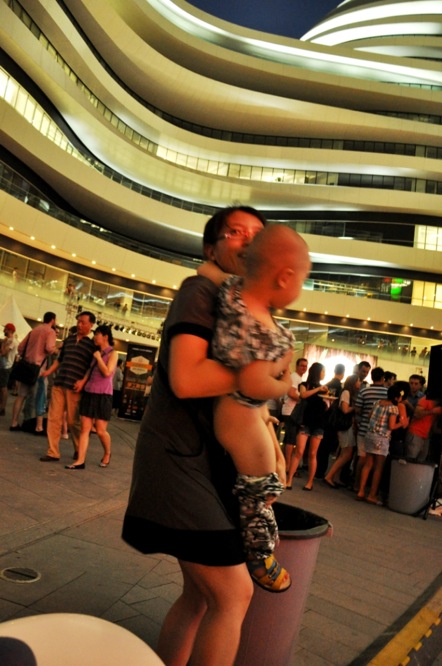 2 Responses to “Does Peeing In Public Fit With Galaxy Soho’s Architecture?”