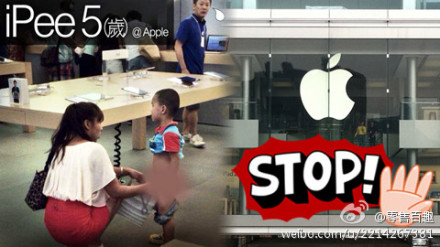 A picture of a small child peeing into a bucket inside an Apple Store in Hong Kong has gone viral, hashtagged — what else? — iPee5.

This being the Internet, people are angry, and wildly speculating that the mother probably didn’t wash her hands before, you know, swiping the screens on a bunch of Apple products.

Of course, it’s not just in Hong Kong where this kind of thing happens. It happens in Beijing — and everywhere. In March, a Redditor exposed urine stains on the seats next to the kids table in American Apple outlets. “Pee balls,” they were called.

Anyway, but that’s over there. Here’s a larger picture of the Hong Kong iPeer, via @BadCanto: 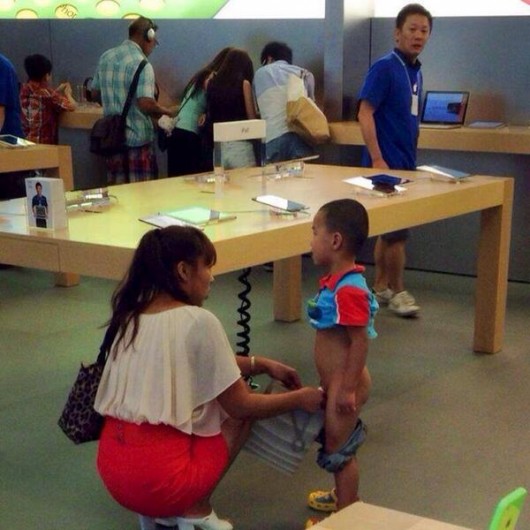 And one more… the start of a photoshopping contest? 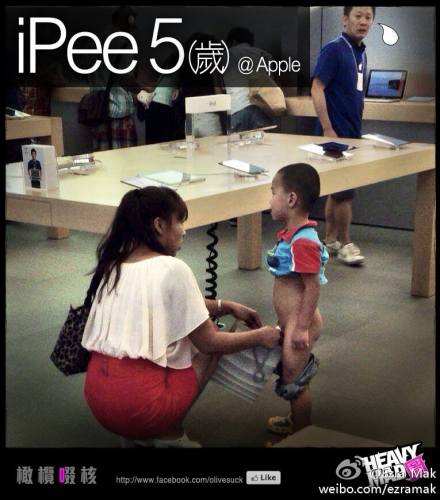