The 33rd year of the Beijing Marathon yesterday saw 30,000 participants run underneath a blue sky and a beautiful little sun. Those who completed the full course started west from Tiananmen and then turned north toward Olympic Green, with Ethiopian Tadese Tola winning the men’s race with a new event record time of 2:07:16 and China’s Zhang Yingying winning the women’s title in 2:31:19. By all accounts, it was glorious.

Leave it to the media to point this out though: 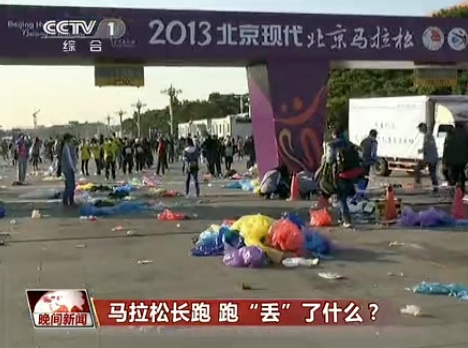 “Runners left quite a bit behind,” says the CCTV news anchor.

This is more amusing: 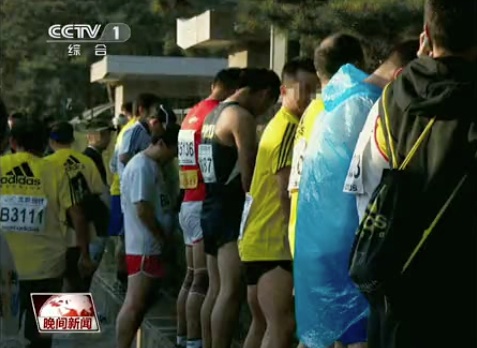 A Great Wall of runners who somehow didn’t perspire enough while running a marathon. A Yellow River runs wild in the heart of Beijing.

You know who we really feel for in that above picture? The runner in red, who’s probably getting a healthy dose of urine on the top of his shoe. If ever there were a time for a funnel… 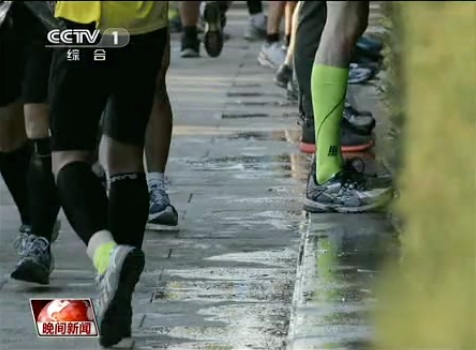 UPDATE, 6:49 pm: Below are two more pictures. “A participant surnamed Zhou, who claims to have run the Beijing Marathon numerous times, said that runners urinate in the streets almost every year,” accoring to Global Times. Organizers probably should have placed some porta potties along the route, as Area Man points out in the comments. 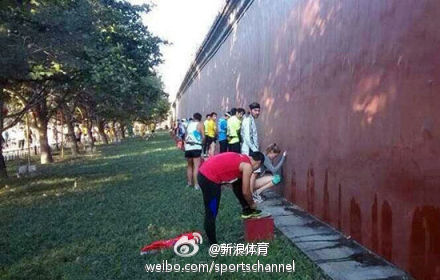 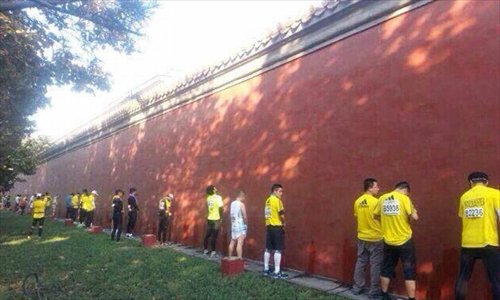