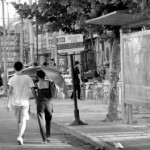 Last night around 8:50 pm at Wudian Road in Beijing's Daxing district, a man assaulted a woman after a parking dispute, puller her two-year-old baby out of her stroller, and threw her onto the ground, killing her, reports Beijing Times. 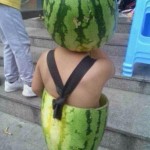 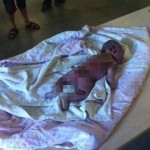 According to users on Sina Weibo, a newborn was "baked" to death in what appears to be a horrific accident at Quanzhou Children's Hospital in Quanzhou, Fujian province. The child was left overnight in an incubator or a heat pad that was much too hot, searing the meat off her back. 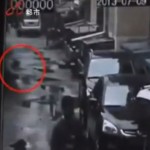 A newborn in Harbin was thrown out a second-floor apartment window on Thursday and run over by an SUV. There's, um, video of that happening, above. 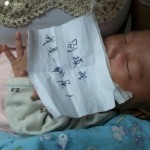 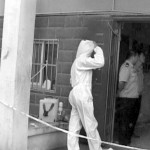 It doesn't get much more disturbing than this. Two girls were found starved to death on the fifth floor of an apartment in Nanjing, Jiangsu province last Friday. According to the Telegraph, the mother Ms. Le, was arrested on Sunday. 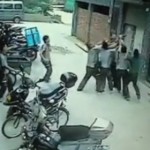 A two-and-a-half-year-old girl is lucky to be alive after she fell from the fourth story of a building in Ningbo, Zhejiang province. The toddler, identified as Qiqi, climbed on the window sill and -- sigh if you've heard this before -- crawled right on out. Her parents had left her home alone as she was sleeping, because toddlers never wake up when they're home alone. 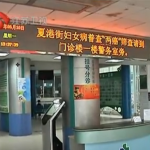 Here's a disturbing story out of Guangzhou: on June 6, a female nurse fed a seven-day-old infant rice wine. She reportedly thought the baijiu was water, and mixed it with milk powder. The baby had to undergo treatment in intensive care. The Nanfang reports: "Although it hasn’t yet been confirmed exactly which nurse was responsible, the baby’s father, Mr. Chen, demanded that heads roll. 'I fear my daughter will suffer long-term brain damage,' said Chen." 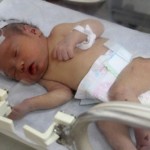 The Daily Telegraph reports that Baby 59, the resilient newborn who survived being flushed down a squat toilet, has been released from the hospital: On Thursday morning, a hospital official who declined to be named, told The Daily Telegraph the child had now been released. "We just know that the family came yesterday, accompanied by county public security officers, and took away the baby," he said. But here's where it gets complicated.