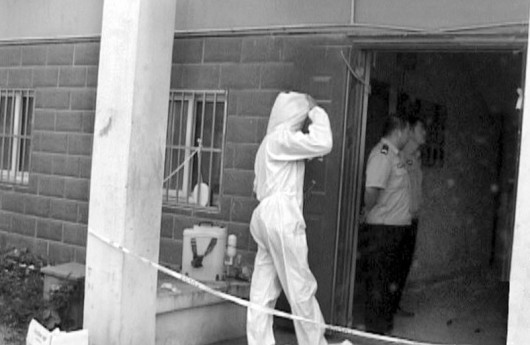 It doesn’t get much more disturbing than this. Two girls were found starved to death on the fifth floor of an apartment in Nanjing, Jiangsu province last Friday. According to the Telegraph, the mother Ms. Le, was arrested on Sunday.

During one recent visit to the family’s home, Mr Zhang said he had seen “the younger daughter lying on her stomach by the lavatory, totally covered in faeces.” Another neighbour, 55-year-old Shi Chunxiang, said she had also heard banging and screaming coming from the apartment.

It was not clear why neighbours had not raised the alarm.

This story comes on the heels of other explosive articles involving children, specifically child abuse. The Telegraph points out there were recently reports of “an 11-year-old girl from Guizhou province whose mouth was sewn together with fishing line by her father.”

There was an eight-year-old who burned to death in her locked room earlier this month, and of course who can forget the woman who flushed her baby down a toilet.

Let this serve as a somber lesson: if you don’t have your shit together, don’t bring a child into the world.

3 Responses to “Two Young Girls Starved To Death In Nanjing”