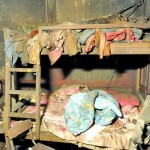 Yesterday at around 8:30 am, a fire at a private (unofficial?) orphanage in Lankao county, Henan province killed seven children (four on the spot, three en route to the hospital). The home was owned by Yuan Lihai, a former street vendor who is the adoptive mother of more than 100 children. 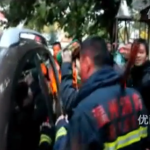 According to the Youku video description, a toddler was trapped in a car in Wenzhou, Zhejiang province on Saturday after his/her parents locked the keys inside. But when firefighters arrived on the scene, the parents refused to let them smash the car windows, because who wants to have their car windows smashed? Oh right, the kid. 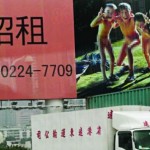 The Shenzhen ad firm Lanbite Advertising has come under fire recently for an eight-meter-high billboard on the Shenzhen-Hong Kong border that shows four naked children playing in the grass. SCMP has the news: Since the advert first appeared late last month, tens of thousands of commuters passing between Lok Ma Chau and Huanggang in Shenzhen... Read more » 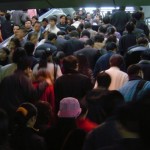 This is precious. Children are our future. Let us treasure the things they do. Via China Daily: A group of students went to the playground during their break but found that the playground was flooded, so they decided to return to their classrooms. When they were climbing the stairs they encountered another group of students... Read more » 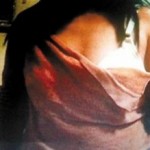 The boy who pooped on a crowded Guangzhou subway last week — rather unceremoniously nicknamed the “Little Shit Brother” (in this video, it’s rendered as “pooping emperor,” as brother and emperor are pronounced the same) — is still fresh on people’s minds. We know this because that boy might have directly caused a fight to... Read more » 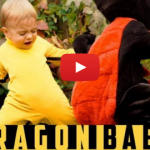 Posted Friday, this video starring toddler Romeo Elvis Bulte Boivin has already racked up 8 million views, and understandably so. Directed by French Canadian comic book creator Patrick Boivin -- who made Iron Baby two years ago starring his daughter, Marguerite Bulte Boivin -- Dragon Baby features a baby and kung fu, and if there was a set of magic formulas for a video going viral, I'm pretty sure baby+kung fu would qualify. Check it out. 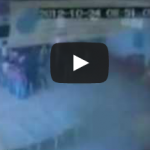 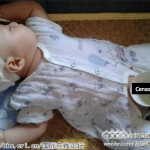 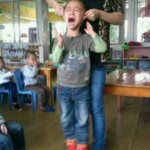 You’ve seen this already, I’m sure. It’s on CRI and China.org, both citing Xinhua, and People’s Daily via Global Times, citing China Foto Press, via Sina Weibo (reposted and forwarded so many times that watermarks stack upon watermarks). It’s all over Western press too, including Daily Mail, BBC, Radio New Zealand, ABC… how? Why? What... Read more » 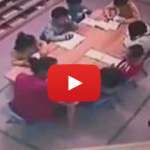 The sickening footage of child abuse in a Guangzhou kindergarten earlier this month has itself a sequel. On October 15, a teacher at Blue Sky Mentesuoli Kindergarten, an unlicensed school in Taiyuan, Shanxi province, lost her temper and struck three children, as caught on tape (above, and after the jump on 56.com for those in China). One... Read more »