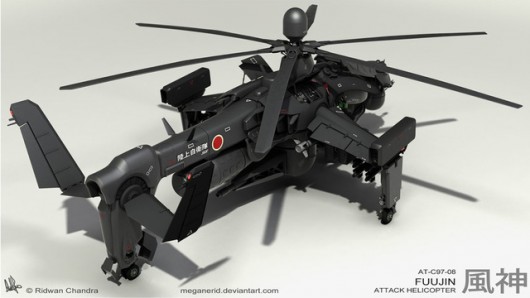 Chinese media gets fooled by things occasionally. Usually it’s satire that gets them, but recently, the Chinese edition of Global Times discovered it could embarrass itself in totally new and interesting ways.

By mistaking DeviantArt for the real thing.

On Global Times’ website Huanqiu.com, the text reads, “This appeared online today; it seems to be a concept for a Japanese Self Defense Force armed helicopter made by the Japanese military complex.” The paper also added, “One can see that because this type of technology is not yet available, it looks like something out of science fiction.”

The website sort of played up the story, with a full slideshow… 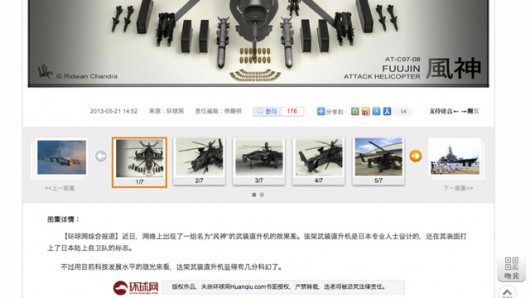 …without realizing or caring the picture is plainly, obviously watermarked DeviantArt, specifically Meganerid.deviantart.com. 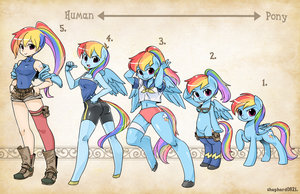 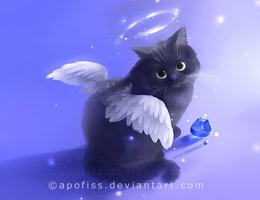 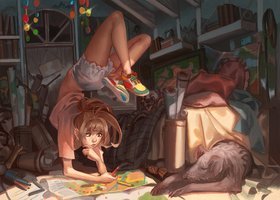 On Chinese social networking site Weibo, people are baffled at how this helicopter would even fly. “This design looks cool but there isn’t anything special, does it even fly?” asked Weibo user hanyu_cger. “Without a tail rudder how does it maneuver?” Others thought it looks more like a comic book design than a military one. Some even claimed it was totally real, while others said it was a Japanese rip-off. Nobody really seemed to realize the DeviantArt URL (probably because it just looked like a string of English words).

It could be worse, we suppose.