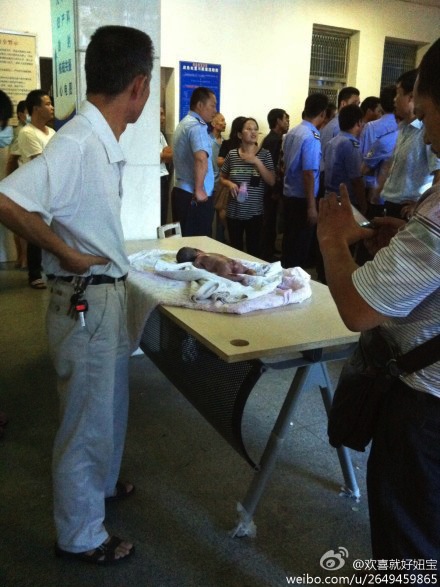 According to users on Sina Weibo, a newborn was “baked” to death in what appears to be a horrific accident at Quanzhou Children’s Hospital in Quanzhou, Fujian province. The child was left overnight in an incubator or a heat pad that was much too hot, searing the meat off her back.

Relatives of the child say that hospital officials kept the newborn — only 12 days old — overnight because it had a cold. Nurses at the hospital have reportedly refused all interviews. Also disturbingly, surveillance footage from that night has apparently been deleted.

The uncensored pictures from the incident are absolutely terrifying, and we don’t at all recommend you search for them. (They’re here via Weibo, but again, we advise not clicking.)

More information as it becomes available.

UPDATE, 7/22, 12:15 pm: The hospital is claiming the baby died of a bacterial infection. Again, don’t click the above link for the photo, but if a bacteria did that, then the end of humanity has already arrived and we don’t even know it.

Hospital authorities and the baby girl’s family present differing accounts of her death. The hospital says the baby died of a bacterial infection. The family insists the baby was scorched to death in the incubator, citing burns on the infant’s back, buttocks and legs.

…The infant’s farther, Ye Yilong, told the state-run China News Service (in Chinese ) that his daughter bad been born with low levels of oxygen in her blood and was sent to the intensive care unit at Quanzhou Children’s Hospital in the city of Quanzhou, in Fujian province, immediately after she was born in July 6. On Tuesday afternoon, he said, he was told that “everything is normal and she can be discharged tomorrow.” But the next morning, the hospital told him his daughter had died. 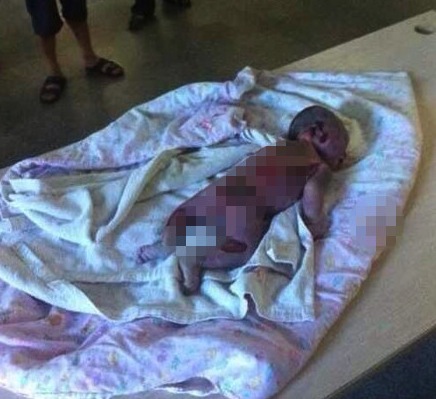