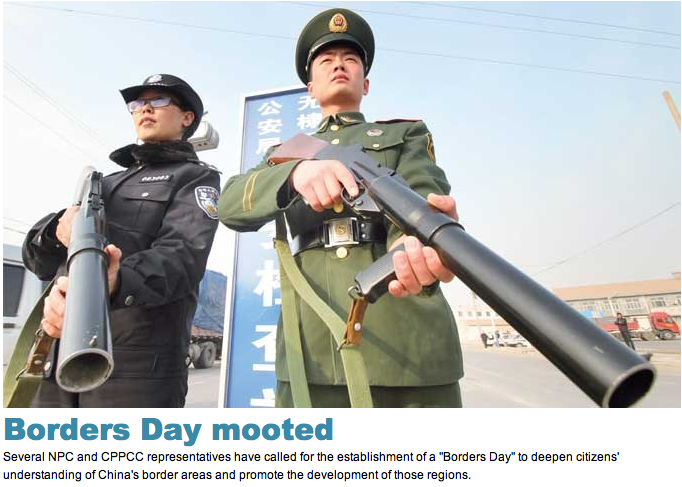 The phrase “5,000 years,” which we’ve borrowed by way of parody to indicate “culture” on this website, is a ubiquitous catch-all response to anyone who disputes this country’s eminence, quality, or worth. It is used to indicate China’s uninterrupted history — 5,000 years of it, don’t you know? — though its appearance in conversation, in my opinion, is a shibboleth distinguishing those who care to carry an intelligent conversation and those who are too defensive for it. We’ll let quibbles aside though: no one doubts this country’s antiquity, nor denies its luster for some tarnish. But when it comes to border disputes, we’re entering an arena grimed by this very history our political storytellers try to gloss, and often we don’t have to look very far back to find the sources of discrepancy in the official annals of different political factions (okay, governments of sovereign states). Furthermore, territorial disputes extend to the seas, to say nothing of rock, sand, and ice. And islands: the crusted-over ejaculate of Father Earth, whose history makes “5,000 years” seem like a nictation. How does one own water, the skies?

Those policy analysts out there opening their mouths to answer: shut up. Global Times has a solution. It’s clean, it’s simple. And – resist though you might — it shall be committed to memory forevermore: