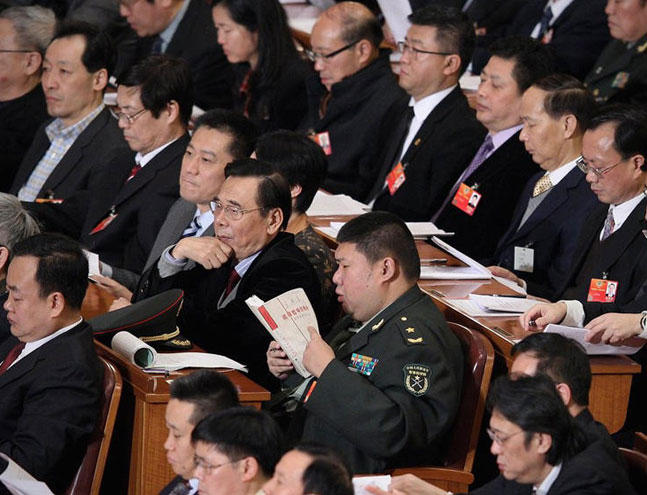 Wall Street Journal’s recent blog post about Mao Xinyu, the grandson of Mao Zedong, coupled with the above Caixin picture of Mao from a CPPCC session has given us ample opportunity to revisit an article in Global Times a year and a half ago upon Mao’s promotion to the rank of major general. Wrote a sly copyeditor who deserves major kudos (H/T to RFH):

He appears to be the very model of a modern major general and has his own Internet blog.

2 Responses to “Mao Xinyu, The ‘Very Model Of A Modern Major General’”