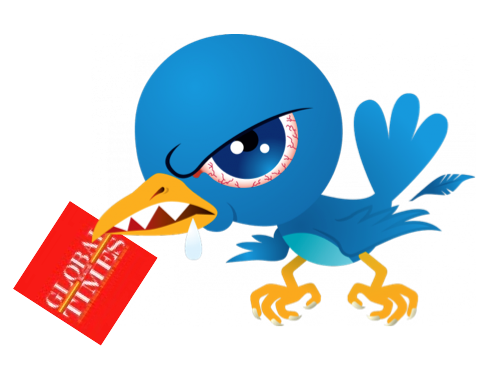 Last week I noticed Global Times began a new Twitter trackback feature. It displayed what tweeters were saying about articles right under the article itself. One of the first pieces this was used on was called “The truth about Tibet is slowly coming to light.” The article itself had a number of classic Global Times quotes, like:

“In March that year [1959], millions of serfs were liberated from the harsh rule of the Dalai Lama after his failed military attempt to restore the farmer slave regime in Tibet.”

“According to [academics’] research, as well as eyewitness accounts of people who lived in the region 53 years ago, Tibet, contrary to many foreign people’s wishful thinking, was practically a living hell back then.”

“If the Dalai Lama truly cares about local Tibetans, he should feel happy for them, as they are living a much better life than they did under his rule, and religious freedom is being preserved as much as possible.”

Then under the piece was the new “Reactions” section: 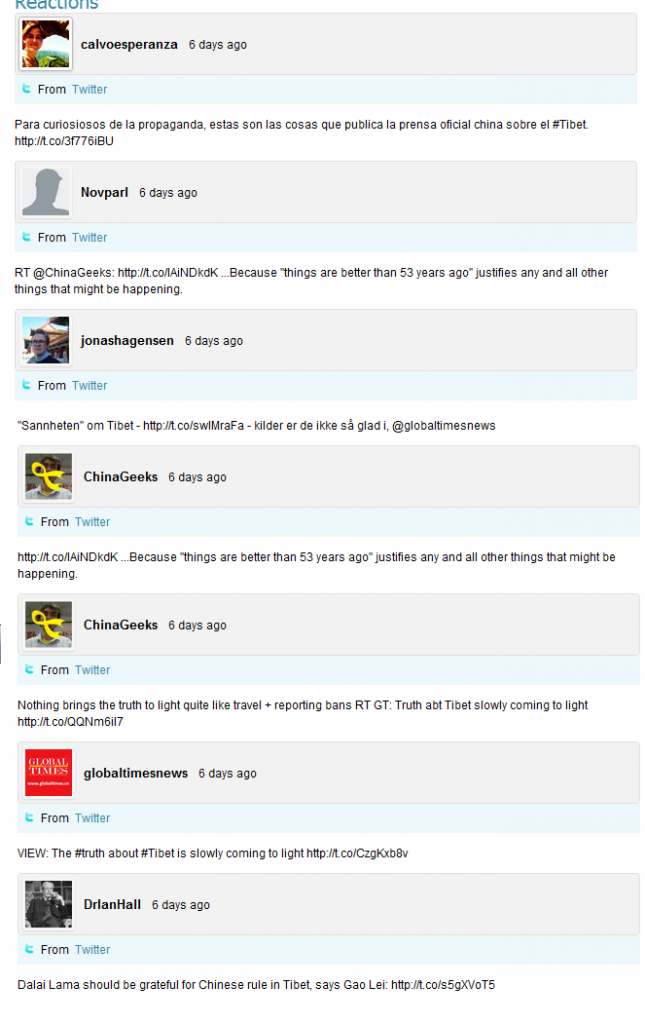 I really appreciated this feature. It allowed me to read Global Times articles AND all the mocking they received in one convenient location. Unfortunately though, it wasn’t meant to last. Within a week the feature was (quite predictably) gone. In an article yesterday Global Times interviewed two people about the Dalai Lama to show both sides of the argument — The Communist Party’s side and the even firmer Communist Party’s side:

“The government is now guiding public to believe in religion according to law,” said one.

“In fact, the central government has the complete power to stop the reincarnation of any living Buddha,” said the other.

Sadly, the mockery was once again relegated to the comments section.

Eric Fish is proprietor of the excellent Sinostand.

One Response to “Twitter Trackback For Global Times: We Hardly Knew Ya”