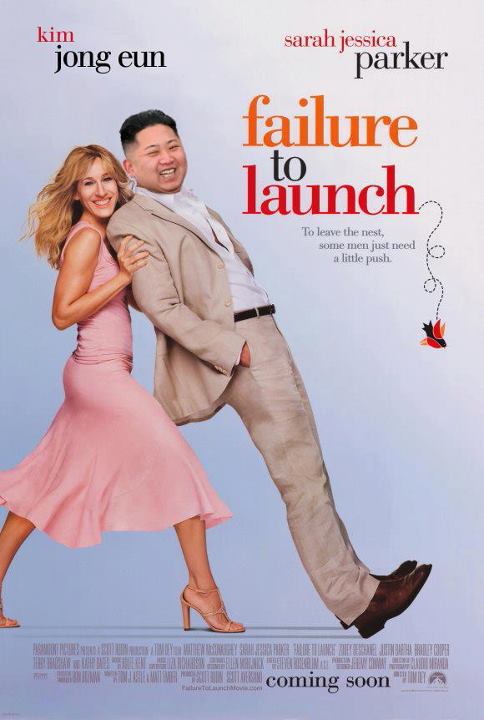 Shockingly, North Korea admits failure: “North Korea said its much hyped long-range rocket launch failed on Friday, in a very rare and embarrassing public admission of failure by the hermit state and a blow for its new young leader who faces international outrage over the attempt.” [Reuters]

We haven’t heard from Xujun Eberlein around these parts for a while. “‘Are you surprised by the news?’ I asked the woman, who looked to be in her late forties. // ‘Not surprised about Bo’s treatment, but very surprised by the murder charge on his wife,’ she told me. She had never heard about Heywood before. ‘But we ordinary people don’t care about politics that much. We just care about our health and issues of daily life.’ Her husband nodded in agreement.” [Inside-Out China]

Netizen reactions to the two international students from China who were shot dead in Los Angeles. “Let’s pray they were the children of government officials!” [chinaSMACK]

Kill Switch works. “China’s internet became an intranet for about two hours on April 12. All internet users in China could not access to the World Wide Web and were cut off from all overseas social networking sites and email services. Netizens believe it is a testing of the web censor for the ‘Kill Switch’.” [Global Voices Advocacy]

But seriously, for an hour, it was Internet Apocalypto in China on Thursday. “At around 11 a.m. local time Thursday, China’s Internet suddenly began behaving very strangely. People inside China reported being unable to access some Chinese web sites like Sina’s Corp’s portals as well as popular foreign web sites not normally blocked by China’s firewall.” [Wall Street Journal]

That’s a lot. “China has removed more than 210,000 online posts since mid-March and shut down 42 websites in its crackdown on Internet-based rumour-mongering, Xinhua quoted a senior official as saying Thursday.” [First Post]

Before Shanghai police decided to punish these people, they were going to be compensated 1,000 yuan each. “Passengers at Shanghai’s Pudong Airport became so frustrated with a flight delay that they stormed a taxiway and halted a plane. // In the US I assume this would be a violation of one or more federal statutes and you would be looking at significant fines if not jail time and a select spot on the no fly list. China does not appear to have any “federal” statutes governing passenger aviation. // But in China you get compensation.” [Bill Bishop, Sinocism]

A bus crashed into a sand-hauling truck. Nobody won. “Twenty-three people were killed at the scene, while one died on arrival at hospital, local officials said. The only two survivors of the deadly crash, both passengers on the bus, remain hospitalized.” [China.org.cn]

If you haven’t yet, go check out the Guardian’s Chinese short stories in translation.