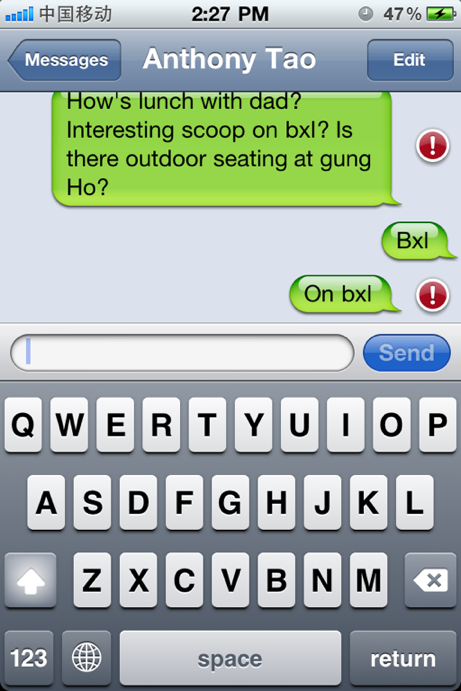 This may not have anything to do with Bo Xilai, but then again… maybe it does? [UPDATE 2, 4 pm: 薄熙来, GKL and BGG (Bo's Chinese name and the initials of his wife and son) all get blocked, too -- see screenshot after jump.]

*With one very strange exception: a friend with a Gionee phone (Chinese phone, apparently) and on Unicom was able to send “on bxl.” Also, it appears Unicom users can text “on bxl” all they want to other Unicom users, though we have a very small sample size on this one.

Other exceptions: a friend from Shanghai had success sending me that phrase. And “bxl,” “Bo Xilai” and “on Bo Xilai” all work, as you’ll see after the jump.

But “on bxl” for those in Beijing? Nope. I can’t send those five letters, with or without the space, to Shanghai or Beijing, and no one else in this city can seem to send it to me (tested with about eight or nine people). UPDATE 1, 3:30 pm: at, in, to, by, for BXL all fail, too.

What does this mean? Probably absolutely nothing. Then again… maybe it does? 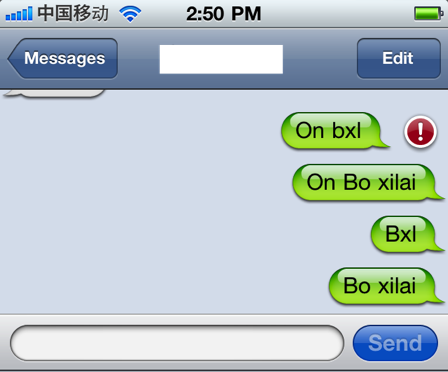 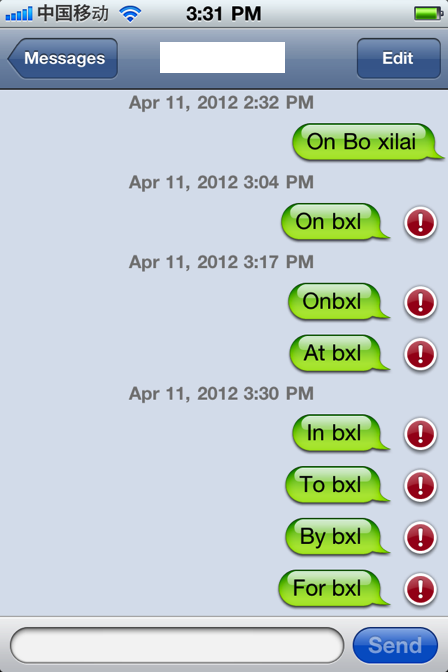 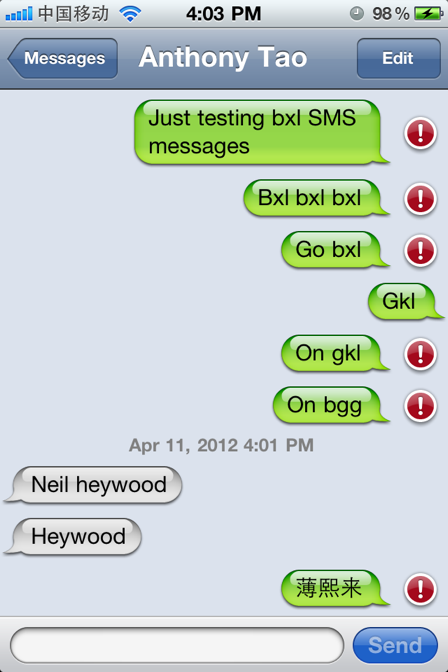 2 Responses to ““On BXL” Is A Phrase You Cannot Text In Beijing Right Now [UPDATE: Other Prepositions Fail Too] [UPDATE 2: It's No Coincidence: Text Messages Are Being Blocked]”