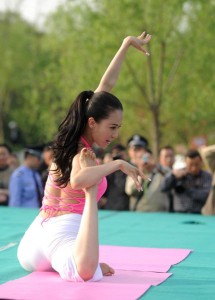 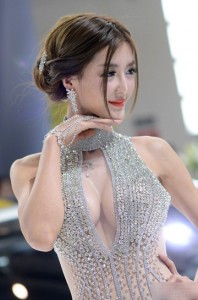 Lots of links today, so brace yourselves. They’re all good. Don’t worry about it.

If you drink Lipton’s in China, get the black tea… it only contains one pesticide. The methodology hasn’t been verified and pesticides are probably in all our foods and Greenpeace is known to sensationalize its findings, but this is still somewhat disconcerting: “Carbendazim and benomyl were found on the green tea, Iron Buddha tea and jasmine tea samples. The European Union (EU) classifies carbendazim and benomyl as being capable of affecting fertility, harming the unborn baby, and causing heritable genetic damage… bifenthrin, found on three of the tea samples (green tea, Iron Buddaha tea and jasmine tea), was suspected of interfering with male hormones and affecting male fertility by the same study.” [Greenpeace]

Jon Huntsman remains kind of awesome. “During an event at the 92nd Street Y in New York City, Huntsman spoke candidly about his party’s flaws, lamenting the Republican National Committee’s decision to rescind an invitation to a major fundraising event after Huntsman called for a third-party candidate to enter the race. // ‘This is what they do in China on party matters if you talk off script,’ Huntsman said….He also criticized the Republican candidates’ foreign policy stances, particularly in regard to China. // ‘I don’t know what world these people are living in,’ Huntsman said.” [Huffington Post]

I can’t imagine anything worse than being a parent — and I say this with all due respect for parents everywhere, because I simply cannot imagine living with the nightmare that is a toddler, then a young child, then a rebellious teen, etc. But to have to put up with this… “I attended the Reading Festival performance of my daughter’s school this morning. I sat through the hour-long event horrified. The entire show had nothing to do with kids or reading, nor did the children look innocent and lovely. Instead, I watched Party’s propaganda, shrill patriotism, and twisted rendition of history.” [Yaxue Cao, Seeing Red in China]

Nova Heart’s Helen Feng, formerly of the excellent Pet Conspiracy: “Also music reviewers, especially the expat audience, have a very narrow scope of Chinese culture. I mean, what is a Chinese scene, a Chinese musician? That’s 1.5 billion people that are the same. It takes the person away, forces them into something that is easily definable.” [the Beijinger]

Headline’s a bit misleading, but this paragraph is so concise and informative it belongs in a textbook. “As reported on Iowa City Patch, a county attorney in Iowa recently dropped charges of ‘aggravated misdemeanor for witness tampering’ against the parents of Peng Tang, a 21 year-old Chinese student in Iowa who is charged with sexually assaulting a woman who was showing him an apartment. Tang’s parents flew to the U.S. after his arrest, and allegedly tried to ask the victim to change her story by offering her money.” [Tea Leaf Nation]

Former leaders in Wukan punished. “Two officials from Wukan had been expelled from the Communist Party over illegal land deals, Xinhua news agency said, and 18 others punished.” [BBC]

“Miniature Forbidden City attic made out of bamboo.” [Global Times]

2 Responses to “Mid-Week Links: Lipton’s tea contains pesticides, an assault in Sydney, and Jon Huntsman is a sensible man in a senseless world”