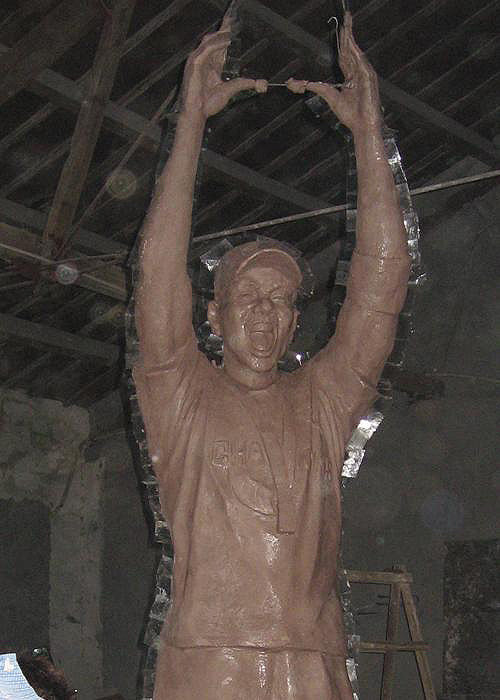 Look at that thing above. Face. Palm. Yes, it’s only a clay model and not the statue itself, but how unbefitting. The pose is nondescript — he’s a thumb-tuck away from being a football referee signaling a touchdown — and it’s not as if the moment that he lifted the trophy was somehow worth memorializing in bronze. Him dribbling the ball would have been better, or puffing out his “Champions” jersey (photo after the jump).

Here’s to hoping the sculptors go back to the drawing board on this one. Marbury’s contributed too much to the city, don’t you think? 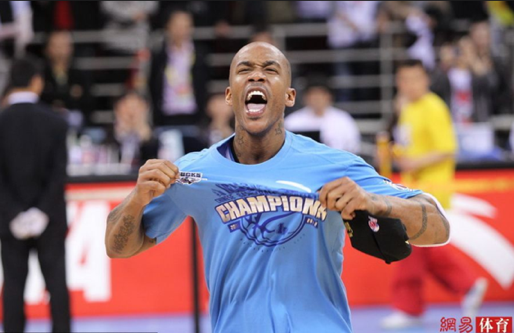 The backstory to all this, as explained by the Yahoo sports blog Ball Don’t Lie:

Within hours, more than 200,000 fans had thrown their support behind the project; within a week, more than 1 million had voted in favor of pushing the statue into production. As of the latest update, dated April 10, the statue — which captures the moment Marbury lifted the CBA championship trophy, shown above — has been modeled in clay, “transported to the Jiangxi Province [and is] ready to start after the bronze work,” according to a translation of a post from the HoopChina forums.

I suppose regardless of what the final statue looks like, that there will be one says just about enough about Stephon Marbury and his legacy in China. And to think, three years ago, the NBA and basketball pundits Stateside couldn’t kick him out of the roundball establishment fast enough. How things change.