For those of you who haven’t heard, Fang Lizhi, a crusader for human rights in China and a brilliant physicist and teacher, died last week. I can’t pretend to have been a follower due largely to my relative youth, but, frankly, I have a soft spot for nerds, physicists especially.

He was famous for his work at the University of Science and Technology of China in Anhui and for his writings while seeking sanctuary in the American embassy, penning The Chinese Amnesia. In an effort to get his sexy-ass brain out of Dodge after the Tiananmen Massacre, everyone from Henry Kissinger to the Japanese government bartered for Fang’s release, and it has been well worth it.

The man lived to the age of 76, took on the might of the Chinese Communist Party, changed the way the world saw the Big Bang and published tirelessly in the causes of decency and democracy. To try to sum up a life like that is an act of desperation. Basically, I was just starting to like him when I ran into the above-linked Global Times editorial.

This is the usual pathetic attempt at vaingloriously showing off “China’s rise” and political invincibility, done for no other purpose than to rub it in that Fang Lizhi’s attempts had failed and will continue to fail. It is full of the dismal super villain threats normally accompanying this sort of chest-thumping hogwash to which we have all become so depressingly accustomed.

Here are a few of my favorite super villain quotes from this editorial:

“Their pursuit is contrary to China’s growth, (Mr. Bond).”

“Otherwise, one wastes talent and life on a meaningless mission, (Mr. Bond).”

The editorial makes ridiculous remarks like, “The West expects dissidents, with their influence on the public, to maintain or increase their confrontation with the Chinese government. That is the tradeoff of their Western protection.”

No, in this case at least, the tradeoff was life. Fang feared for his own life and the life of his family after being officially labeled a “black hand.” The “West” – in this case, America – gave him sanctuary from a bunch of murderous dictatorial pricks who, at that time, got their rocks off by killing a bunch of students.

There is no “tradeoff of their Western protection.” “The West” got an awesome physicist and human rights advocate, a man who got to live to the ripe old age of 76 teaching physics instead of rotting in a Chinese cell.

If Fang Lizhi hadn’t died, this GT editorial would not exist. Someone saw his death on some foreign website – because god knows the Chinese press didn’t run any obituaries – and thought they would have a poke at a guy who can’t fight back anymore.

Let’s take a look at the man most responsible: 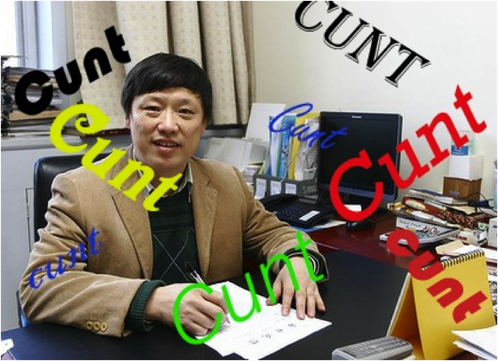 His name is Hu Xijin. I’ve met him. He is indeed a cunt. AND his floppy haircut makes him look like he just rolled out of naptime at a kindergarten.

Not only is he responsible for this atrocious editorial, he later made statements on his Sina Weibo that reinforce his warped reality, a reality in which tits like him are able to give advice to an astro-fucking-physicist.

You may recognize this ninny as the editor-in-chief of the Global Times, China’s version of Fox News, and world-renowned fan of censorship. Other media outlets occasionally and accidentally take him seriously and let him write articles about China’s huge population and how they are not to be fucked with.

So, the next time you find yourself accidentally reading a Global Times article, think about this bastard. 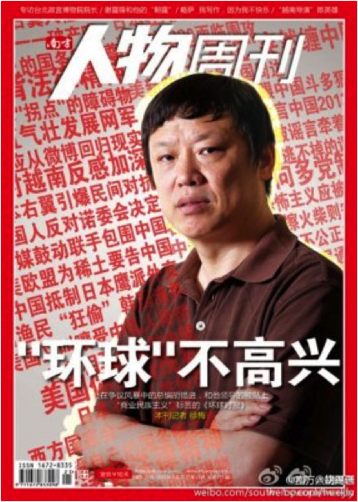 Look into his eyes and hate him.

There now. Don’t you feel just a little bit better?

So, in the spirit of Fang Lizhi: “Science begins with doubt. In order to make a scientific advance, one must begin by wondering about the received version of things. But this is also called ‘dissent.’”

In the spirit of me: Go fuck yourself Hu Xijin, you witless, mop-haired fucktard.

Raise your hand if you saw this one coming.

This week, Chinese media got the go-ahead from the boys in the Politburo to talk about Bo Xilai, previously blacklisted from everyone’s collective tongue. The moment he was officially in the muck on Xinhua, the vultures descended, only to discover that the vultures of the actual media already descended about three weeks ago.

So, when the Global Times was presented with a freshly cleaned corpse, they stuck a hat on his head, a stick up his ass and paraded him as an example of what happens to corrupt officials.

The rule of law may be resilient, but those in Chinese media are all frightened little wimps.

Bo Xilai was mentioned three times in Global Times between March 17 (two days after he was dismissed from the Chongqing Communist Party) and April 9, when he was officially ousted on Xinhua.

Here is the full collection of groundbreaking journalism on Bo Xilai over that period:

To be fair, there was another article where they mentioned the Ferrari, but that was, “New media playing an ever increasing role in politics.”

While the world hemmed and hawed over what this scandal meant, Global Times said fuck-all about it.

A source close to Bo Xilai says the whole thing is a smear job on March 29. The Global Times said fuck-all.

Bo was linked to the death of a British businessman, Neil Heywood, who died in Chongqing last November. The Global Times said fuck-all.

As a matter of fact, the name Neil Heywood did not appear in Global Times’s English archives until this week.

By any reckoning, Bo is a complex character in all this, not an all-purpose bad guy (though he did once beat his own father to the ground after he was declared a traitor during the Cultural Revolution). By all reasonable accounts, he is still much loved by many (though Bo reportedly has sent as many as 200 Falun Gong practitioners to labor camps and at least 18 to their deaths, built his own private “red” cult and ostensibly is an accessory to murder, at least). There’s a long and nuanced and great story waiting for someone from a publication with access and resources — a publication like the Global Times – to uncover.

Instead, the Global Times applauds itself on the rope they are going to use to hang him with.

Myanmar has undergone one of the most significant and impressive political changes people are likely to remember for years to come. Under the control of the military junta for decades, there was one person who never gave up on the hope of democracy and human rights, was a light in the darkness, a breath of freedom in a strangled nation, a prisoner and a liberator. I speak, of course, of… 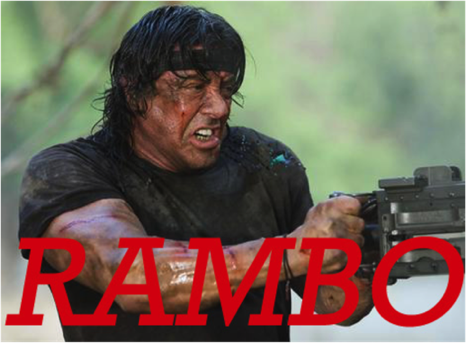 But mostly it was: 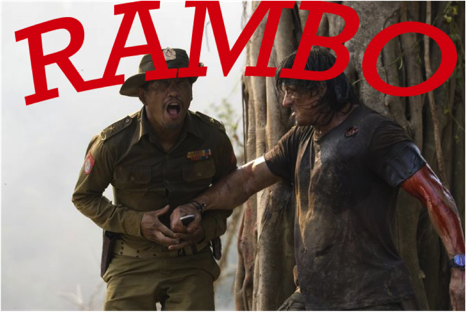 Even though John Rambo is, arguably, fictional, he and Aung San Suu Kyi are leading the Burmese to freedom after decades of oppression, human rights violations and murder.

So, how could China be upset, I hear you ask? Easy: they were Myanmar’s biggest, bestest friend in the whole wide world. It’s not just Syria; China has a hard-on for pretty much any country that appoints tank commanders as journalists.

Aung San Suu Kyi was a prisoner of conscience for 15 years after winning an election that the junta refused to accept. She suffered and endured and became the leader of the opposition in Myanmar, winning a massive swing in the election. There is always the fear that they will just imprison her again, but the international consensus, even in China, is that Myanmar is changing. Burma earlier this year released 651 political prisoners, a cause for celebration by anyone’s standards.

In 1986, China stopped supplying the Communist Party of Burma and started funding the military junta. The two have been buddy-buddy (barring a few border squabbles and Dalai Lama stories here and there) ever since.

In short, the military junta, by all accounts, could never have thrived or survived without the support of the CCP. Much like North Korea, the shame of humanity that is the junta in Myanmar was a Chinese baby.

Now that the tides are beginning to change, the Global Times had to actually publish an editorial to clarify that people being pulled out of misery is no threat to them.

Well, I’m not altogether sure about that. I have a hunch that Suu Kyi and the NLD will someday come to represent all Burmese people, not just the opposition. And when that happens, Aung San Suu Kyi will have a bigger platform to express her thoughts and opinions. Having been a political prisoner for 15 years, I bet I can guess what her opinions are on this guy: 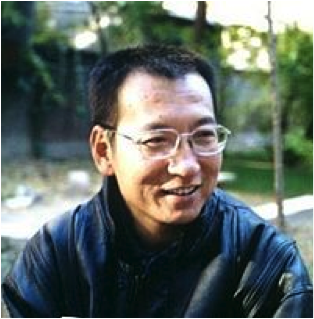 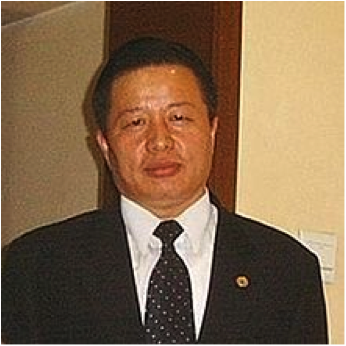 Gao Zhisheng, human rights attorney. Prison sentences: “Disappeared” in August 2006 and officially sentenced in February to three years (sentence suspended), “disappeared” and tortured since 2009 (though sightings occurred), confirmed by the government to be working off his previous three-year sentence at a prison in Xinjiang. 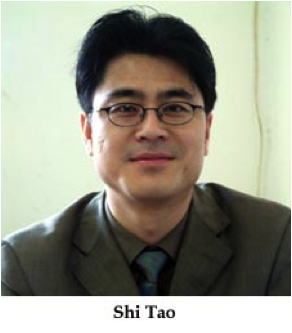 As a matter of fact, here are about 1,496 people that An San Suu Kyi may have something in common with.

Of course, diplomacy doesn’t just break down overnight, and there is nothing to suggest that Aung is anti-China in any way. Also, China has been very supportive of recent changes – sort of. They have at least been superficially happy about the possibility of the lifting of sanctions.

Hell, even that cunt we mentioned earlier said on his Weibo that Burma is “on its way toward democracy, gradually leaving behind its past poverty and military rule.”

But China is worried they will pursue a more “Western” (meaning not despotic) stance on international relations.

The election was a problem for a start. The Chinese Communist Party, as a rule, doesn’t like elections, especially when they come from countries in crisis and go off without a hitch. Which means that Chinese coverage of the event was – shall we say – muted. Not nearly as excited as the last election in Burma, a junta victory, which China was all in favor of.

You can’t say no one warned them. China’s support for the junta was bound to have unflattering effects.

A few people have had a chuckle over how China sent ambassadors and diplomats to oversee the election. You know you’re in a poor state of affairs when you’re jealous of Burma’s democracy. That’s like being jealous of someone in Zimbabwe holding a sandwich.

The situation is no doubt complicated, but if there is one person who can sort it out, it’s… 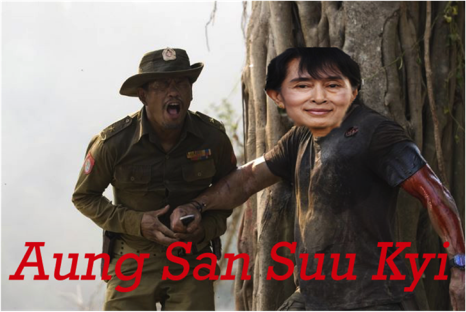 8 Responses to “To Serve People: A Global Times Special!”