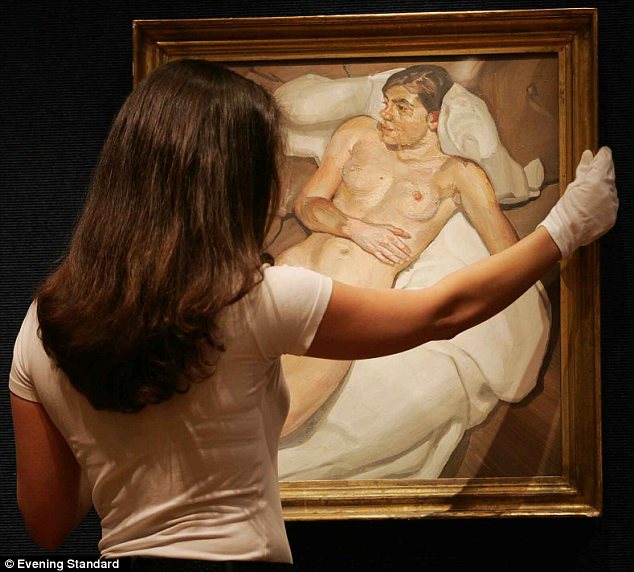 I’m not sure how the topic came up, but over drinks at a newish bar on Beiluoguxiang, a few friends and I started discussing nudity and a certain sans-vêtements Beijing summer gathering last year (if you didn’t hear about it, your loss). “Oh, we were only naked, it was no big deal,” my friend repeated after me, mocking my blasé attitude.

Now, I have to admit, I’ve seen a lot of naked. In American art schools, nude models come in several times a week to drawing, painting, and sculpture classes. You become accustomed to the ugly, not so ugly, and very ugly. We participate in performance pieces involving nudity. We model for friends to save money. But, in the name of art, all bodies are of aesthetic interest.

The nude in art in China, however, seems to have a much hairier past than in the West. After the fall of the Qing Dynasty and in the early stages of the Republic, Chinese artists who had studied abroad came back home painting in oils and — shockingly — painting nudes. In Imperial China, nudity was a function of pornography. Liu Haisu (1896-1994), a Chinese artist who studied in France, was the first to employ nude models in China at his Shanghai Academy of Chinese Painting, and for that he was chased out of the country by imperial prigs, warlords who threatened him with arrest.

In 1964, the Communists banned nudity completely. It wasn’t until 1988, at the Chinese Nude Oils Exhibition in Beijing, that nudity was reintroduced to Chinese art. The show attracted an unprecedented 22 million viewers, many of whom expecting debauchery and lechery — both of which were in short supply.

These days, when I go into a museum or a gallery in Beijing, I can’t avoid seeing skin. Faced with either flawless, ivory, Han beauties basking blandly in ethereal nothingness or rough Lucian Freud-like clumpy working men, nudity prevails. It stands in as a flaccid replacement for content, controversy where there is none — the casual swear word as social icebreaker.

Chinese photography and performance art, however, have really created nudity with Chinese characteristics. Zhang Huan is a prime example (and a previous Artist of the Week). To harp on a favorite, here‘s his 1994 12m2 performance: sitting in a Beijing public restroom in the heat of summer covered in honey and subsequently also covered in swarms of bugs. And then we have nude Ai Weiwei… twice… getting in trouble and causing trouble, as followers sent in their support. Considering AWW has been going au naturel since the 80s, I don’t have reason to think he’ll stop anytime soon. (Those last four links are NSFW, especially the “80s” one.)

Some in the Western world seem to have become bored with the simple sterile image of the nude hanging placidly on the wall and moved on — like artist Stuart Ringholt, who’s giving naked art tours at the Museum of Contemporary Art Australia. Nudity required (it’s “shirts, pants, no service” in Syndey from April 27 to 29, in case you don’t already have plans). Also, some people are willing to do anything for art.

Is it possible to go so liberal that the innate Puritanism in us fights back? Who knew that in this day and age in the US a fifth-grade teacher could get sacked for taking her class to an art museum where an unspecified child saw an unspecified depiction of a naked person that might have been from 330 BC? Come on, Frisco, Texas. Perhaps that’s why there are Chinese laws against public performances involving nudity and images of blatant sexual activity (and I’m sure we’ve all heard too much about Titanic 3D in China – I’ll never let go, Kate Winslet) — it’s to save us from ourselves.

Still, the Chinese nude — dating from 1988 — is only 24, a complicated and enticing age to be a woman in our modern times. Let’s give her room to develop. 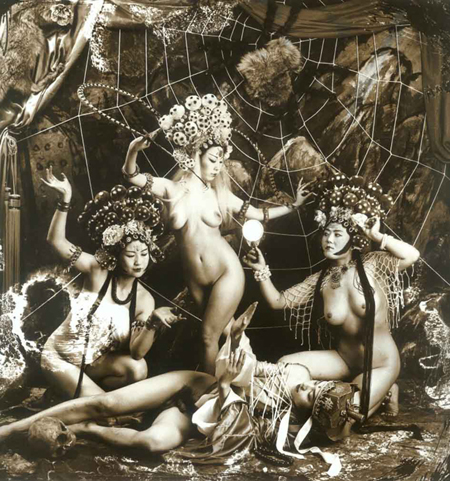 Liu Zheng (刘铮，b. 1969), after studying optical engineering at the Beijing Institute of Technology, became a photojournalist for Worker’s Daily from 1991 to 1997. He was interested in art as a child, copying masterworks, but at the suggestion of his parents, he took a more reasonable career path. Later, along with artist Rong Rong (an upcoming Artist of the Week), he started New Photography, an independent art journal.

Much of his work can fall into the category of documentary photography, though his pieces tend to transcend this genre into a more personal artist’s vision. But in keeping with our topic of nudity: take a look at his sepia toned plays with the past in which he strips Chinese tradition of its modesty.

“Artists: are they all unbalanced, alcoholic, good-for-nothing layabouts, or just most?”

They aren’t all good-for-nothing layabouts. Those who are just unbalanced or alcoholic work pretty hard. And if anyone is under the misconception that alcoholism makes the artist (Pollock, de Kooning…), Thomas Kinkade’s art is enough to prove otherwise. [Ed's note: Link NSFL due to presence of unbearable Christian rock.]

Recent studies show that staying up all night and getting drunk is good for creativity. Check out that link — I managed to answer one of the questions within half a second. Apparently this same question is normally very hard “at least for people without brain damage.”

I suppose I’d be hard-pressed to come up with a “normal” artist. But if you want downright and deliciously wacky, check out R. Crumb, who went from being an underground cartoonist of frivolititties (self-indulgent, carefree, romping breasts) and grotesque debauchery to being the toast of Paris. An inspiration to us all — mainly because he never gave up on all that dirty stuff.

2 Responses to “Yishus: In Which Lola Coins The Term “Frivolititties””