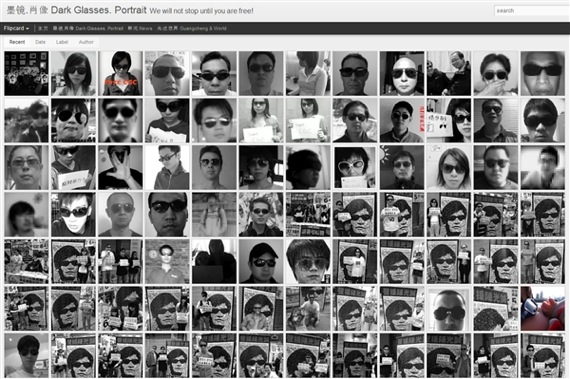 Picture by China Aid via MSNBC

A brief report by the Xinhua news agency broke China’s media silence. A senior U.S. official confirmed that Chen was out of the embassy.

“Chen Guangcheng has arrived at a medical facility in Beijing where he will receive medical treatment and be reunited with his family,” said the official who requested anonymity.

The Chinese foreign ministry’s response was predictable, as it trotted out its fatuous, procrustean rulebook-clutching spokesman called Liu Weimin. I quote the clod without comment:

“It must be pointed out that the United States Embassy took the Chinese citizen Chen Guangcheng into the embassy in an irregular manner, and China expresses its strong dissatisfaction over this,” ministry spokesman Liu Weimin said in a statement carried by Xinhua.

“The U.S. method was interference in Chinese domestic affairs, and this is totally unacceptable to China. China demands that the United States apologise over this, thoroughly investigate this incident, punish those who are responsible, and give assurances that such incidents will not recur.”

Much more will be said about this later. For now, questions:

Was a deal reached between China and the US? (And will we ever know if it was?)

Will Chen be given the choice to remain in China or live in exile?

Was Chen’s family escorted to Beijing by government officials?

4 Responses to “Chen Guangcheng Left The US Embassy Earlier Today”