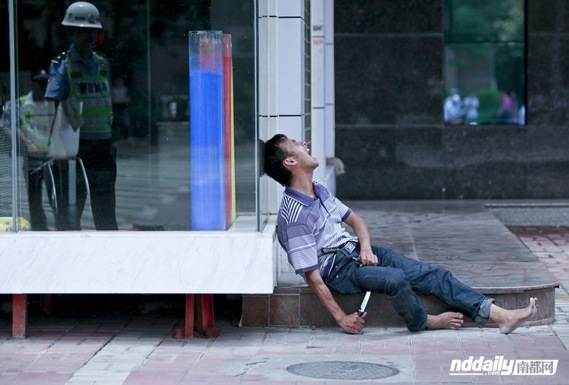 Image via ifeng, taken in Foshan.

It’s been somewhat of a stressful day for the blog, considering our server went down for several hours. Apologies for it all, and the lateness of these links.

There are few worse ways I can think of to die than being buried alive. “Chinese police have arrested a young couple who buried an old woman alive believing she was dead after their car hit the 68-year-old, newspapers said on Thursday, in a case which has sparked outrage over declining public morality. // The couple had been at an all-night karaoke session when they hit the woman while driving in the early hours of the morning in the wealthy eastern province of Zhejiang last month, the official China Daily said.” [Reuters]

As far as I can tell, the only purpose chengguan (street officers) have is to bully street vendors and generally act like thugs and knaves. They exist because…? “The 76-page report, ‘Beat Him, Take Everything Away,‘ documents abuses by the chengguan Urban Management Law Enforcement (城管执法) forces, including assaults on suspected administrative law violators, some of which lead to serious injury or death, illegal detention, and unlawful forceful confiscation of property.” [Human Rights Watch]

Seventeen people missing in Yunnan, serial killer feared. Seventeen people? “Aside from the relative youth of the victims, they do not seem to have much in common. Moreover, their family members all say that they did not run away, did not own any major property that could tempt anyone, nor did any of them have any major inter-personal conflicts, all of which are common features of missing-persons cases.” [Danwei]

Confucius Institutes under risk? “‘Haha, the U.S. is scared of our education,’ the user wrote. ‘It’s because we’re good at brainwashing. The U.S. is afraid we’ll turn their next generation into our current generation.’” [WSJ]

Headline almost as confusing as the regulation itself. “Authorities in the Chinese capital have set new standards for public toilets, including a stipulation that they should contain no more than two flies.” [BBC]

Anyone seen 62 missing issues of Time? “Like other foreign news publications available in limited quantities in China, TIME is subject to the occasional banishment from the newsstand. Our issue the previous week on disgraced Communist Party official Bo Xilai had been barred from distribution at hotels and other select purveyors, although subscribers living in China received their copies without a hitch. An essay on the plight of legal activist Chen Guangcheng that appeared the week after the People’s Republic of Scandal cover was ripped out of each issue before the magazine was allowed in.” [Time]

Props to the Beijinger for running more original content recently: “The Nirvana Man dwells in Wudaokou, where he wanders along the sidewalk outside Pyro’s Pizza and Propaganda, conversing with random young foreigners. He’s a skinny, oily-looking guy, with a greasy quaff that stands about four inches high and teeth that look like little shards of porcelain.” [the Beijinger]

Another assault against Chinese students in Sydney. [Radio Australia]

Gan Lulu at the Shanghai Kitchen & Bath Expo, via Shanghaiist: 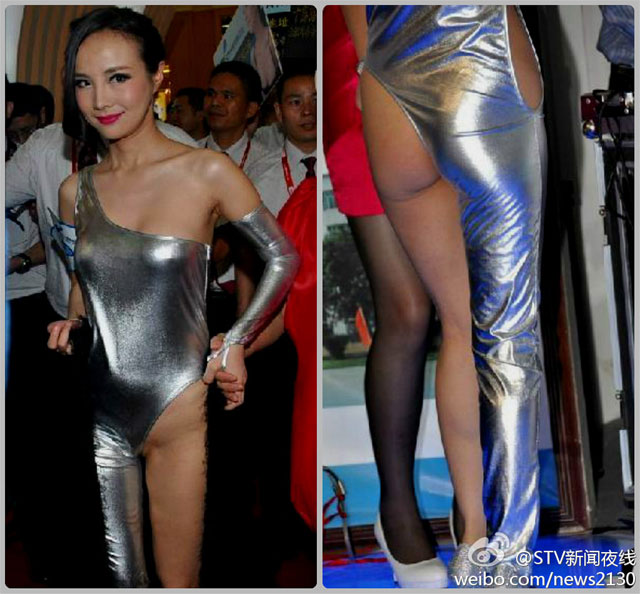