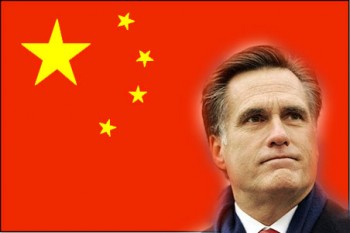 There is, to be sure, an Eric Esch-sized body of evidence that Mitt Romney is a louse, but I think the scurvy wellspring of his suckiness can essentially be summed up as such: he is the archetypal American politician (no, I don’t care that he’s Mormon), and if you identified him as such, he’d take it as a compliment. What that means is he’s willing to do and say anything to get ahead, even at the cost of rational thinking and the greater good. Here’s the latest example – from Evan Osnos of the New Yorker – of him sinking to the depths of American politics to muddy the image of the current administration:

Smelling blood, Mitt Romney, at a campaign stop in Portsmouth, Virginia, said Thursday that the Obama Administration’s handling of Chen’s case appeared to be “a dark day for freedom. And it’s a day of shame for the Obama administration.”

Even as those words escaped his lips, Romney seemed to sense that he was preening on shifting ground: In four sentences about “the reports” from Beijing that the Administration had ushered Chen prematurely out the door of the embassy, the candidate inserted some version of “if they’re accurate” no fewer than four times, though he nevertheless saw fit to indict the administration’s handling of the episode. If the Governor has an alternative vision for how diplomats might better have handled such an unprecedented case, he has yet to grace us with it.

You know who else is criticizing the United States over its handling of Chen Guangcheng? Oh, that’s right, these party-toeing louses (sampled heavily from Eric Fish of Sinostand):

Chen Guangcheng has become a tool and a pawn of the U.S. politicians to discredit China.

[Ambassador Gary Locke's] actions were a “show” and “performance” to attract attention, which is typical Western politician behavior. It’s impulsive and hypocritical. It’s not only offensive to Chinese, but the American media also criticizes such behavior.

The US is already stretched too wide and too thin in other countries, but it still shows too much concern about Chinese domestic issues. Under the flag of humanitarianism it interferes with other countries’ issues showing its intention of being the master of the world.

And yet — and I can’t believe I’m about to write this — one can actually sympathize more with China’s motives. The country needs to save face, and an optimist could wonder if the harsh words aren’t the political expedient it needs to eventually justify Chen Guangcheng’s release. Romney? He just wants to win an election, to preside over the highest office of a country he’d happily throw under the bus if it means getting just an inch closer to achieving that result.

I guess, in the end, I understand his motives, too. He’s just an archetypal American politician.