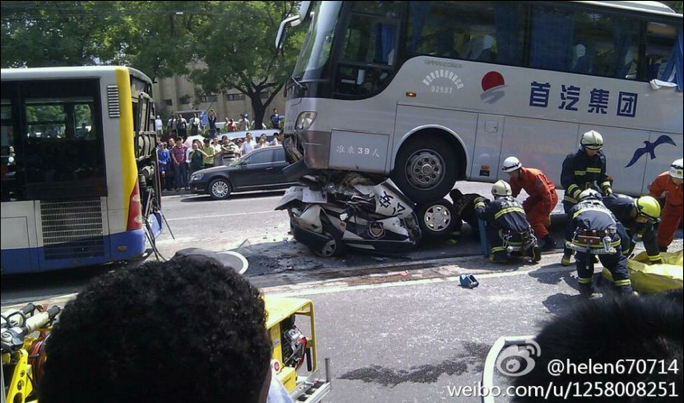 This goes a little beyond your everyday fender bender. At 1:55 pm today at Changhong Bridge on East Third Ring Road, not far from the popular bar district Sanlitun, a Shouqi bus rear-ended (the hell out of) a police car, bending it in ways cars (or anything) are not meant to bend.

BJC contributor Alicia translates a Sina Weibo post that claims “at least one person has been confirmed dead.”

The person was wearing a police uniform. No one on the Shouqi bus or the Beijing Transportation Bus was hurt.

More pictures after the jump. Updates as they become available. UPDATE, 6/9, 11;45 pm: It appears several posts on Sina Weibo regarding this accident have been censored; looks like we’ll be learning less about this than more anytime soon. 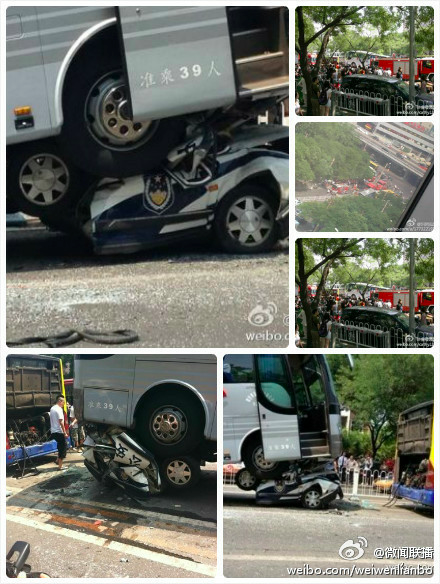 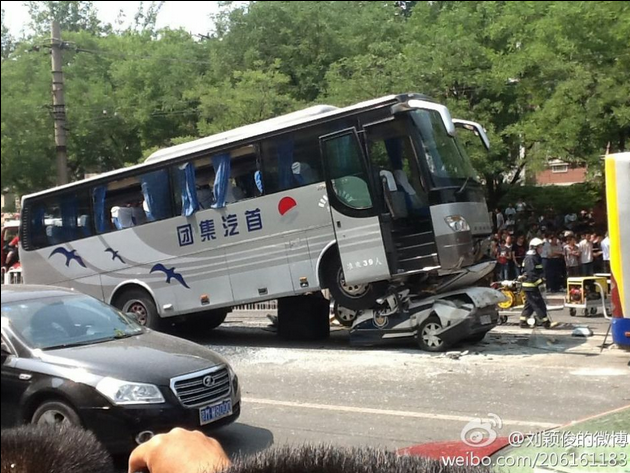 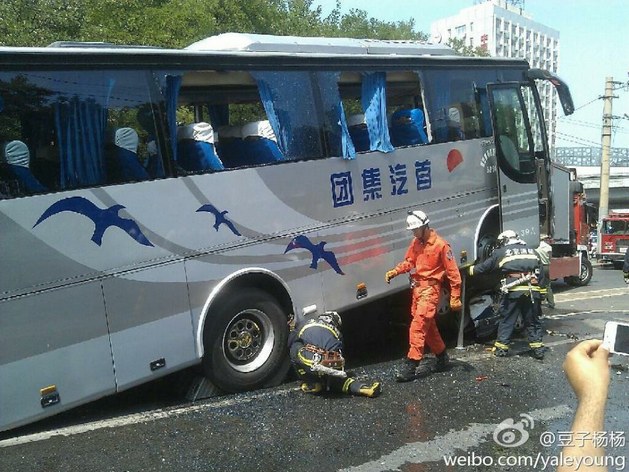 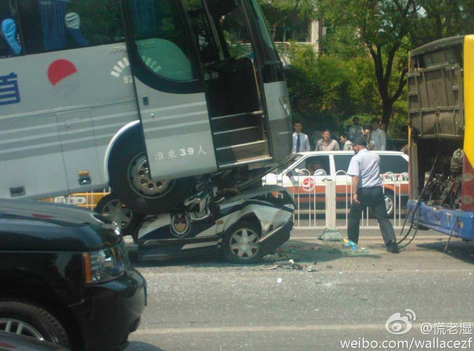 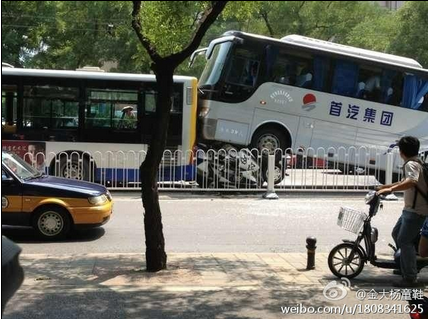 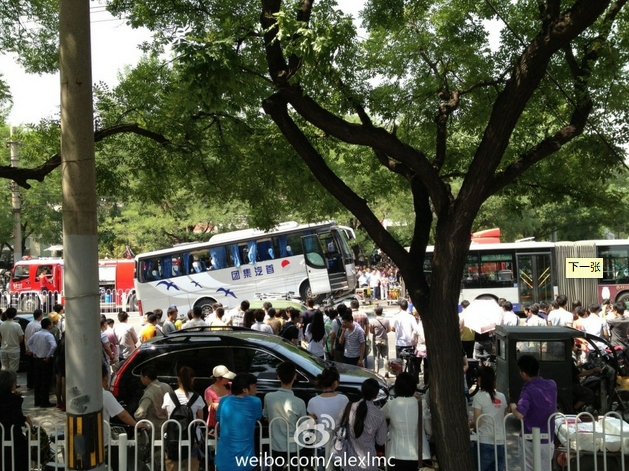 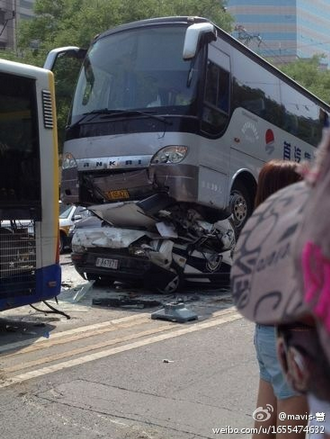