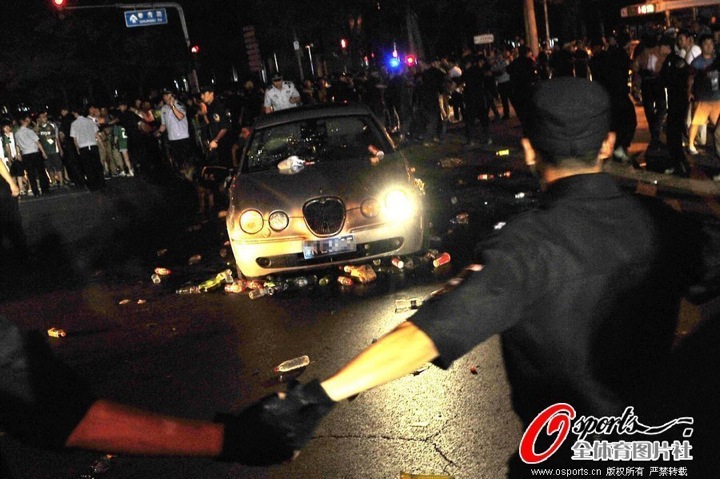 Proving that hell hath no fury like a soccer fan whose team just earned an unexpected result, Beijing Guo’an fans poured into the street outside Workers Stadium — a very, very busy street, mind you — after Saturday’s 0-0 draw to Qingdao Zhongneng and acted like riotous hooligans. Although the “near-riot,” as Global Times describes it, didn’t quite reach Croatian level, there was one victim — a gray Jaguar occupied by people who weren’t even believed to have been at the game. The Jaguar’s crime? For having Tianjin license plates — Tianjin’s FC Taida, of course, is one of FC Guo’an’s biggest rivals.

The Beijing Public Security Bureau alluded slyly to the incident, posting on its microblog, “people should keep cool during hot weather.” (Translation: don’t act like morons… even if your team can’t manage a goal against one of the worst teams in the Chinese Super League.)

Zi Xiangdong, PSB media officer, told Global Times, “This is no good for publicity.” Funny you mention that, Mr. Zi — in the videos after the jump, you’ll find some cops doing the bare minimum to stop this fray. (Images via Tianya) 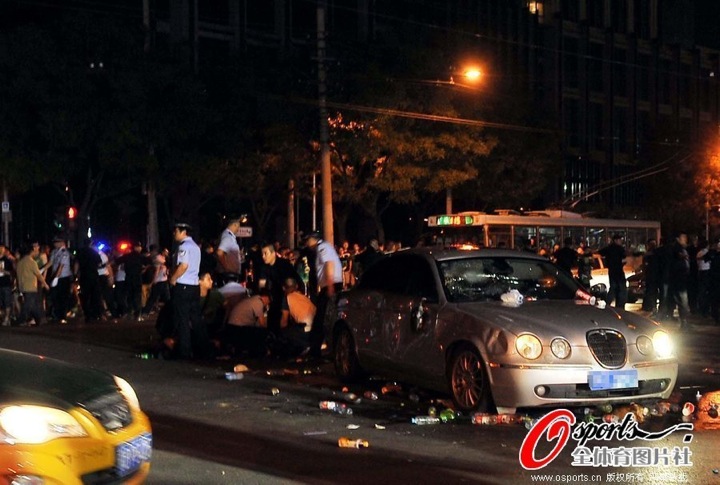 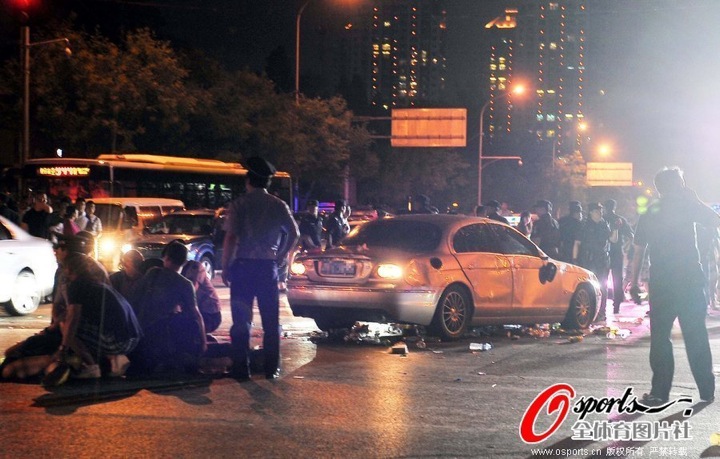 The above two videos on Tudou and Youku: