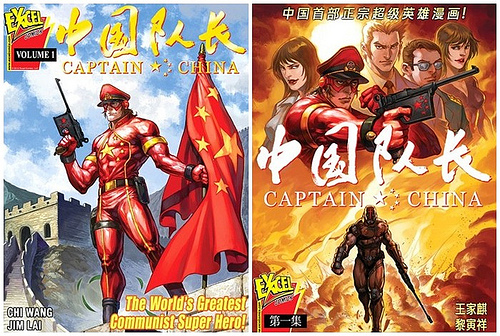 Via MIC Gadget; Captain China is currently available on Kindle.

Fuck. “Does a woman not have the right to commit suicide the moment she becomes pregnant, and if she does, is it murder? A 35-year-old Shanghai-born Chinese immigrant to the United States by the name of Bei Bei Shuai has found herself at the centre of a landmark case in Indiana after a failed suicide attempt killed her 33-week-old foetus.” [Shanghaiist]

How much would you pay for a Zhang Ziyi-Bo Xilai sex tape? “Zhang is so outraged this time that she will resort to legal means and sue Apple Daily for defamation. An open letter from Zhang is posted on Weibo, together with an English-language letter from Hong Kong-based law firm Haldanes alleging ‘grave libel.’” [Tea Leaf Nation]

Follow-up to our post from earlier today: “Google Confronts the Great Firewall.” “For the first time, Google is making it crystal clear to Chinese Internet users that their frequent connection problems while using its search engine are caused by the Chinese government, not by its own systems. According to Alan Eustace, Google’s senior vice president for knowledge, the purpose of this feature is to ‘improve the search experience in mainland China.’ Users are given the option to ‘refine their searches without the problem keywords’ in order to ‘avoid connection problems.’ What Google executives won’t discuss — at least publicly — is the obvious fact that they are exposing the Chinese government’s censorship tactics in an unprecedented way.” [Rebecca MacKinnon, Foreign Policy]

“Left-behind children.” “Nearly 58 million children, almost all in the countryside, are growing up without one – or, often, both – parents, according to state-run media, citing a 2010 survey by the All-China Women’s Federation. Nearly 80 percent are cared for by grandparents, while some are simply left to fend for themselves — 4.2 million, the survey found. Their parents’ absence exposes them to risks that other children may not experience.” [Rendezvous, IHT]

Wow that’s a ridiculous photo. “Yet in a Communist Party notorious for nepotism and which refuses to subject itself to any law, the Bo family’s known financial antics were in fact relatively modest. Two of his wife’s sisters are worth upwards of a combined $126 million, according to a Bloomberg investigation. But the fortunes of other powerful political clans almost certainly extend into the billions, as a months-long investigation into the business dealings of one of China’s most prominent families makes clear.” [Foreign Policy]

Wherein there is only one scene of necrophilia. [NeochaEDGE]

Hong Wrong says there’s a bit of “faux-outrage” in Hong Kong over a milk ad, but that’s not what we really want to show you. This is: 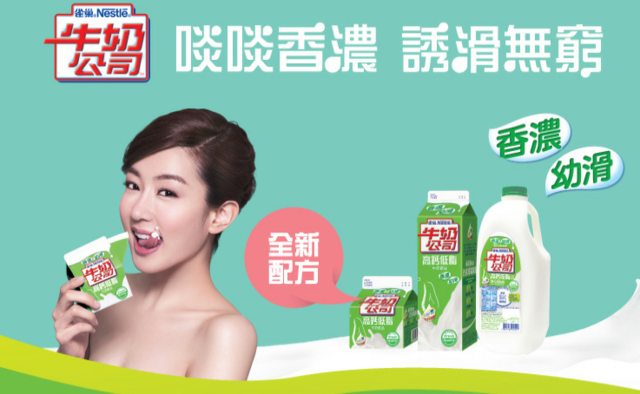 Have a good weekend, everybody.