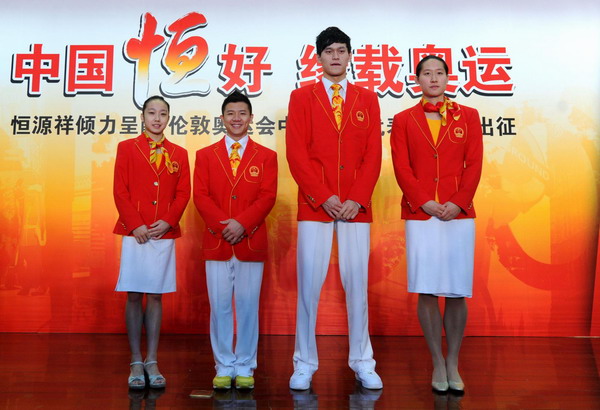 We have a busy night of blogging ahead. Get your links reads in quick.

Remember RFH’s June 13 piece about gaokao? Here’s a contest for it: “The following are real questions  leaked from this year’s gaokao. Pick one (1) and respond to it BY MIDNIGHT, JULY 3 in 400 words or less in snappy, brilliant, offbeat fashion – earnest or funny, snarky or sincere.” [Asian American Writers' Workshop]

A refreshing approach to counterfeits. “When Peter Vesterbacka visited China last spring, the marketing chief for Rovio, the Finnish firm behind the video game Angry Birds, saw fake Angry Birds products everywhere – and he was happy about it. // ‘I realized that China was already happening in a big way for us,’ Vesterbacka said in an interview. // ‘When you see all these knockoffs, you know that there is a lot of demand.’” [Reuters]

“Traitor” treated to lunch. “When Yi Fuxian spoke out against China’s one-child policy three years ago, he says local officials in his home town in Hunan called him a ‘national traitor.’ On his latest visit, they bought him lunch. // ‘At first only Chinese peasants were on my side, now an increasing number of Chinese intellectuals are with me,’ Yi, 43, now a University of Wisconsin scientist, said in an interview in Beijing. He gave 23 talks at universities and forums in China in May and June opposing the policy.” [Bloomberg]

Richard Burger reviews James Fallows’s China Airborne. “Yes, China Airborne is about aviation in China, how it started, how it has evolved and where it’s heading, yet the book transcends its ostensible subject, which Fallows uses as a metaphor for China’s evolution in general, for its advancement into the modern era, and all the challenges it faces as it seeks to break away from its role as the maker of goods designed by others to a nation that actually pioneers new technologies.” [Peking Duck]

Citizen journalists on Sina Weibo break more stories than any Chinese media outlet, in my opinion. “These blogger-activists are far from revolutionary. Like the incoming leaders, many are children of Communist Party officials. They are patriots, but they want the nation’s institutions to work better and on behalf of the people. They take on corrupt corporations as much as they do the government. They are just as concerned about kidnapped children and AIDS victims as they are about voting rights and free elections.” [Washington Post]

This joke got Southern People Weekly reporter Cao Linhua fired, and it’s not even funny, or a joke, really. “2 men and 1 woman go to heaven, but what if the latter comes back pregnant? Is this part of the national training for astronauts?” [Global Voices]

Have you listened to Evan Osnos on This American Life yet? If not, go do it now.

No! Bad! “North Korea has executed four of 44 defectors who were recently repatriated to their home country from China, a civic activist said Monday.” [The Korea Herald]

Baby born without anus to get one, surgically, after family gets 20,000 yuan in public donations. [The Nanfang]

Bonzi Wells, playing back in China again, is ejected in first quarter of exhibition game for arguing with ref. [NiuBball] 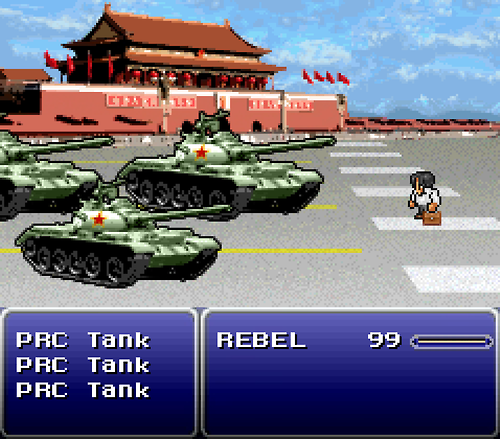 Via Kotaku, this image by Cody Walton, The Unknown Rebel, appears on the website It8Bit.

2 Responses to “Mid-Week Links: Tiananmen Tank Man in 8-bit, Angry Birds not angry at counterfeits, and a gaokao writing contest”