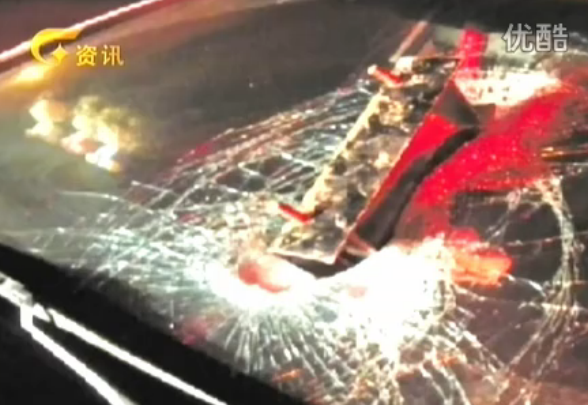 Last week, a bus driver in Hangzhou, Wu Bin, made national headlines when he continued to steer his bus to a safe stop on the highway after he himself was fatally wounded by a piece of debris. His family was rewarded 300,000 yuan after his death.

Recently, on the same stretch of highway (Hang-Jin Expressway), another shard of steel nearly pierced a windshield. You can see the picture above, taken from this video.

No one should ever be killed by a flying piece of anything, of course, but China has proven that danger really lurks around every corner. According to two bus drivers who were interviewed in the video, heavy debris assaults their windshield at least twice a month. Yet another reason to take the train, I guess.

One Response to “On Hangzhou Highway, Flying Steel Is A Problem”