The singularity approaches ever closer. At a restaurant in Harbin, Heilongjiang province called Haohai Robot Themed Restaurant (昊海机器人主体餐厅), robots greet customers, cook and serve food, and generally charm. Even WALL-E, the lovable protagonist in the Pixar movie by the same name, calls this place home*. We’re told that the restaurant employs 18 robots, each with the mental ability of three- to four-year-olds and worth about 200,000 yuan.

The manager, Liu Hasheng, is practically begging for the arrival of intellectual event horizon, in which cyborgs become our overlords with their superior intellectual and physical prowess. Listen to him:

Opening this robot-themed restaurant, (the owner’s) main idea, his primary thinking, I want robots to be a part of human lives as quickly as possible. I predict robots, within 10 years, will become quite common. Every household will have a cooking robot, an elderly-assisting robot, a cleaning robot. There’ll even be security robots. 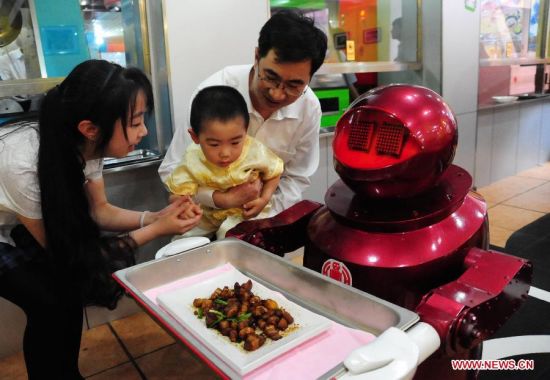 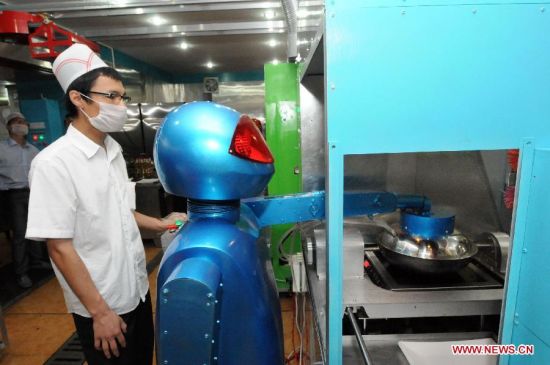 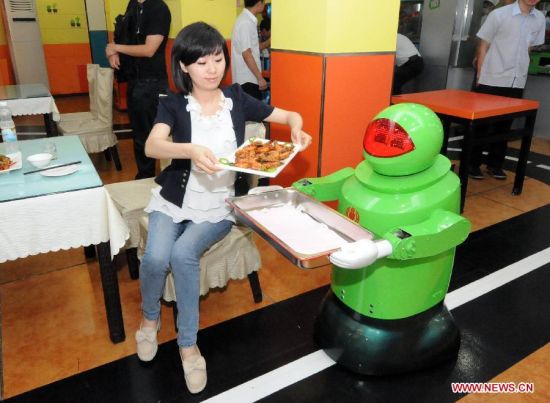 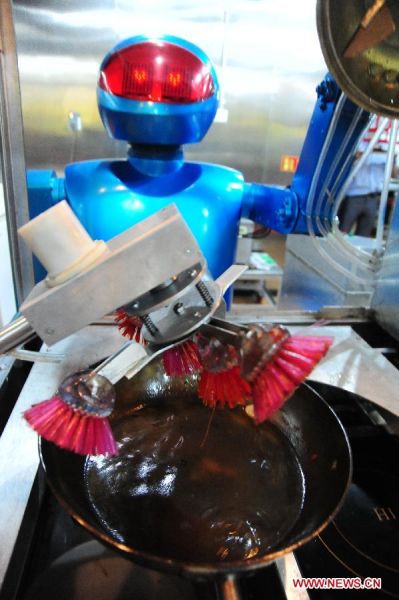 Embedded below is one of the Youku videos I used to make the above YouTube compilation. The other two are here and here.

One Response to “Restaurant In Harbin Employs Robots, Including WALL-E”