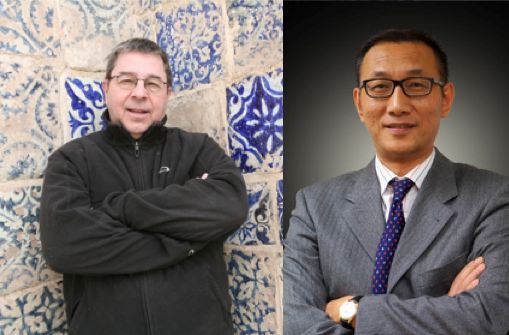 UPDATE: Wang Xiangwei has responded in an interview with AFP. See below.

Veteran reporter (not black comedian) Paul Mooney, whose contract with South China Morning Post was not renewed last month, delivered quite the parting shot at his former employer in the Hong Kong e-magazine iSun Affairs, and he names names. Mooney, a multiple-award-winning journalist, aimed his worst at editor-in-chief Wang Xiangwei, delivering possibly the second most damning insult one journalist can give another of the free press (most damning being plagiarism):

He’d shown weakness in news judgement on many occasions, but more important, he’d long had a reputation as being a censor of the news…

Any self-respecting journalist would, besmirched like so, blanch, then clench the jaw and seethe, “This means war.”

Wang? We’re not sure exactly how self-respecting he is, and we don’t know what he’ll say to Mooney, if anything. But we do know that he’s wont to send emailed statements, because that’s how he replied to the Wall Street Journal recently when WSJ reported on journalistic self-censorship in Hong Kong:

In response to queries from The Wall Street Journal, Mr. Wang emailed a statement saying that the South China Morning Post continues to “staunchly defend the press freedom we enjoy in Hong Kong and freedom of speech among all its citizens, especially among our own reporters.”

Talk to anyone on the China reporting team at the South China Morning Post and they’ll tell you a story about how Wang has cut their stories, or asked them to do an uninteresting story that was favorable to China.

This all began — or was brought to the fore — by a curious editorial decision earlier this month to reduce a news feature about Tiananmen dissident Li Wangyang’s death to a brief. SCMP subeditor Alex Price publicly accused Wang of censoring the story. Specifically, according to Asia Sentinel on June 19:

Alex Price, a senior sub editor at the paper, sent Wang an email saying “A lot of people are wondering why we nibbed the Li Wangyang story last night. It does seem rather odd. Any chance you can shed some light on the matter?”

Wang answered curtly: “I made that decision.” When Price asked in a subsequent email: “Any chance you say why? It’s just that to the outside world it looks an awful lot like self-censorship,” it generated an explosion from Wang.

“I don’t have to explain to you anything. I made the decision and I stand by it. If you don’t like it, you know what to do.”

Wang’s action caused “several political groups” to demonstrate outside of SCMP’s office, according to SCMP, and apparently “more than 30 staffers signed a petition last week,” according to WSJ in its story about self-censorship.

Wang, a former China Daily reporter who Mooney describes as having never “pounded the sidewalks,” has never been popular in Hong Kong media circles, which I imagine can be as cutthroat, vindictive and spiteful as any media clique in the world (I say this as a disclaimer against everything you’ve read — including in this space — about Wang Xiangwei). According to the linked Asia Sentinel piece, under a section titled “Xiangwei the final nail in SCMP coffin?”:

When Wang Xiangwei was appointed editor-in-chief of the territory’s 110-yer-old paper of record, many industry professionals had misgivings. The more optimistic hoped that the independent journalistic traditions at the century-old paper would prevail over political correctness.

Wang was invited to articulate his intentions for the paper at Hong Kong’s Foreign Correspondents’ Club in April this year. The audience was none the wiser for his talk but Xiangwei pledged to uphold journalistic standards of reporting ‘without fear or favor.’ The spin was predictable.

The paper’s owner, Malaysian tycoon Robert Kuok, seems unlikely to remove Wang from his post, and I imagine Wang has too much pride to resign. (He might yet prove me wrong — we’ll see.) Where does that leave us? South China Morning Post, a news-maker that finds itself squarely in the news — about as bad a place as any that a media company can find itself. The vultures are circling.

You never want to be a victim of journalism, a journalism professor once said to us in class. Wang is about to find out exactly what that — and “free press” — really means.

“If I had a hidden agenda, it would have come out a long time ago,” Wang, 47, told AFP in an interview.

…”It was never my intention to downplay that story and try to exercise self-censorship,” Wang said in the interview, adding he was “shocked at the scale of the reaction to all of this”.

“I have to make a lot of decisions, and looking back on this one, it was a bad call.”

…”I totally reject the accusations made against me by the Wall Street Journal Asia saying I act as a censor, that is totally out of line and totally biased,” Wang told AFP.

“Over the past 16 years I have organised and written many important and politically sensitive stories, and we have never wavered from those. For all those people who have some concerns, read our paper and judge for yourself.”