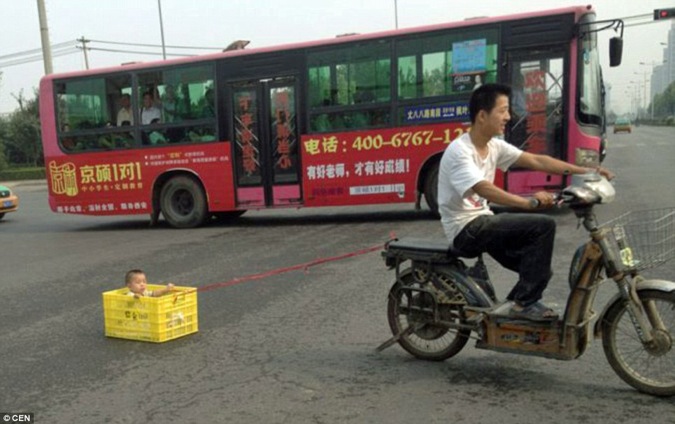 It’s easy for non-fathers to joke about what they’re going to do when they have kids, e.g., “When I’m a dad, I’m going to punt my kid around the house like he’s an Aussie football,” or, “I’m not going to spoil my kid, he’s going to sleep in a toolbox underneath the kitchen sink.” But for a father to actually do it — “My child will be put in a plastic crate and dragged behind my moped via rope” — is really something to be admired. This man rolls to his own beat, because he knows the world’s given him shit and he owes nobody nothing. So yeah, look if you want. He’ll continue riding his moped with legs crossed, dragging his toddler son behind him, humming, Just don’t give a fuck.

2 Responses to “The Greatest Father In The Universe, Right Here”