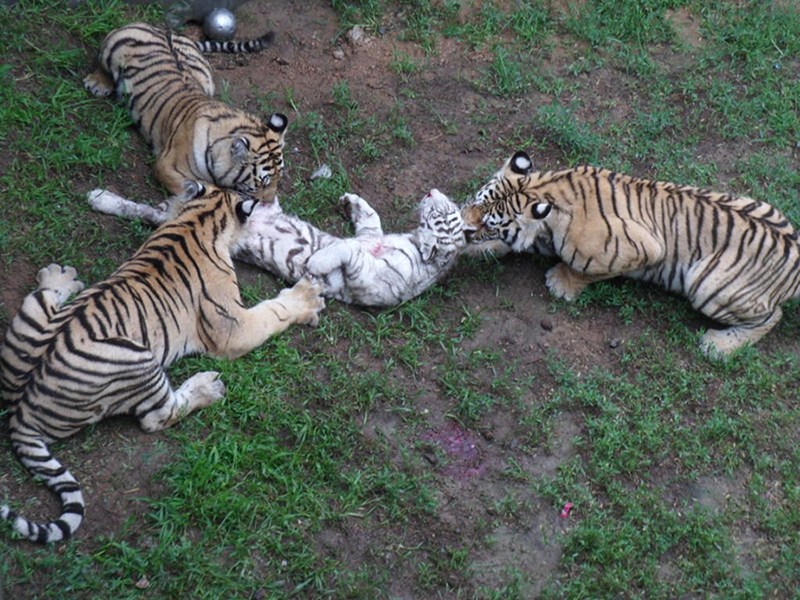 Tigers aren’t so wonderful things sometimes. (Go ahead and skip this story if you’re an animal lover.)

On Monday morning at Xixiakou Wild Animal Preserve in Weihai, Shandong province, visitors to the tiger preserve were horrified to find three year-old bengals playing “aggressively” (zoo’s word) with a seven-month-old white tiger. When the above picture first surfaced on the Net, according to the newscast after the jump, the zoo claimed it was photoshopped before retracting that statement. (Because the zoo has the worst public relations department in the world.) The cub, a cousin to the bengals, was confirmed dead on Tuesday. As if your heartstrings weren’t already tugged, please note that there are only about 200 white tigers left in the world.

Netizens wildly speculated that the tigers were underfed, but a zoo caretaker quickly called bullshit on that rumor. (People will continue to believe what they want, I’m sure.) I’d like to think of this incident as a sobering reminder that the world we occupy will continue being the world, no better and no worse.

Something to cheer you up or depress you more: